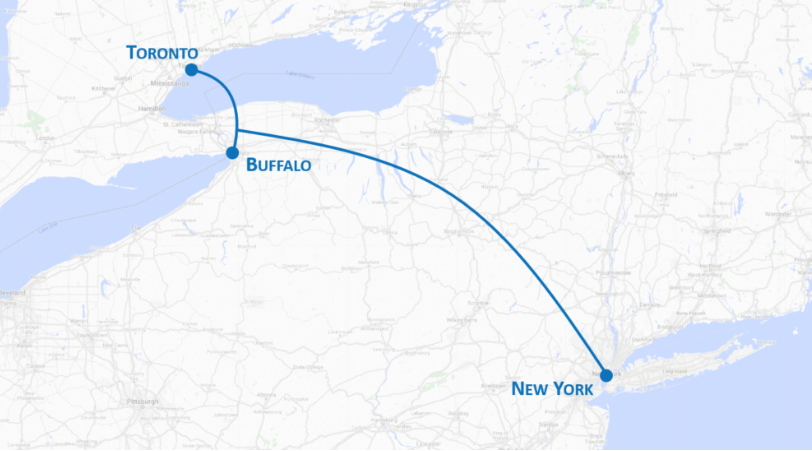 The historic cable traverses Lake Ontario from Toronto to New York State utilizing a specialized 192 fiber strand submarine cable that is 36 miles (58 km) in length between Toronto and Buffalo.  Using current technology, the cable, which is less than 2 inches in diameter, can provide up to several thousand terabits per second of capacity throughput.

Over the Crosslake Fibre network route, RTD between New York / New Jersey and Toronto gets shorter than 9ms, which offers the financial community a number of options to enhance their connectivity to these important markets.

Crosslake Fibre is founded by a telecoms entrepreneur, Mr. Mike Cunningham. Holding a Master of Finance degree from Queen’s University and as a former hedge fund analyst, Mr. Cunningham was CEO of Arctic Fibre which planned to develop asubsea cable project between Japan and the UK, with its first phase to link the Alaskan coastal communities of Utqiaġvik, Wainwright, Point Hope, Nome, Kotzebue, etc. Arctic Fibre was acquired in 2016 by Quintillion Subsea, which completed in December 2017 the first phase of the Artic Fibre (Quintillion Subsea Cable System), the first subsea cable under the Arctic Ocean.