In early December, Quintillion completed the Phase 1 Alaska portion of its Quintillion Subsea Cable System, activated the first subsea cable under the Arctic Ocean. The Alaska portion of Quintillion Subsea Cable System consists of a 1,400 mile (2,250km) subsea and terrestrial fiber optic network, including a Arctic subsea trunk line from Prudhoe Bay to Nome with branching lines to Utqiaġvik, Wainwright, Point Hope, and Kotzebue. The terrestrial section runs from Prudhoe Bay to Fairbanks along the Dalton Highway, and connects to existing networks reaching Anchorage, Alaska, Portland, Oregon and Seattle, Washington, providing fiber link between the Continental United States and the North American Arctic. 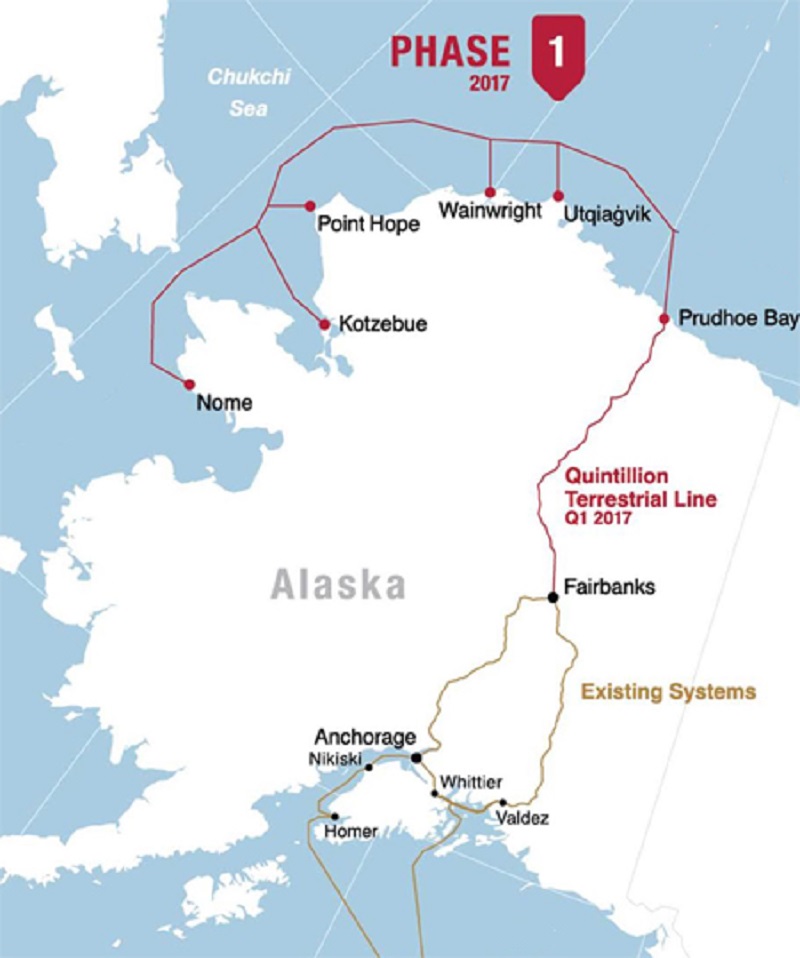 In May 2016, Quintillion acquired the assets of Arctic Fibre as part of a plan to build a submarine fibre optic cable from Asia to Europe, with the first phase to link the Alaskan coastal communities of Utqiaġvik, Wainwright, Point Hope, Nome and Kotzebue.

The installation of the Alaska Arctic portion of the Quintillion subsea cable system was completed in early October. Most of the cable installation occurred in 2016 and crews added resiliency to the system this summer and installed the last 40 miles of cable, completing in October.

In addition to its Arctic subsea cable system, Quintillion has installed terrestrial fibre between Fairbanks, in the centre of the state, and Prudhoe Bay on the north coast. This terrestrial system – serving the Prudhoe Bay oil fields –has been put into commercial service since early in 2017.

In phase two of the project the company plans to extend the backbone cable from the Nome branching unit west to Asia, terminating in Tokyo, with options for additional branches into Alaska. Phase two will create an option for a diverse path out of the US to Asia.

Phase three will run east from Prudhoe Bay through the Canadian Arctic. Quintillion aims to connect to northern Canadian communities and then run across the north Atlantic to terminate in the UK. 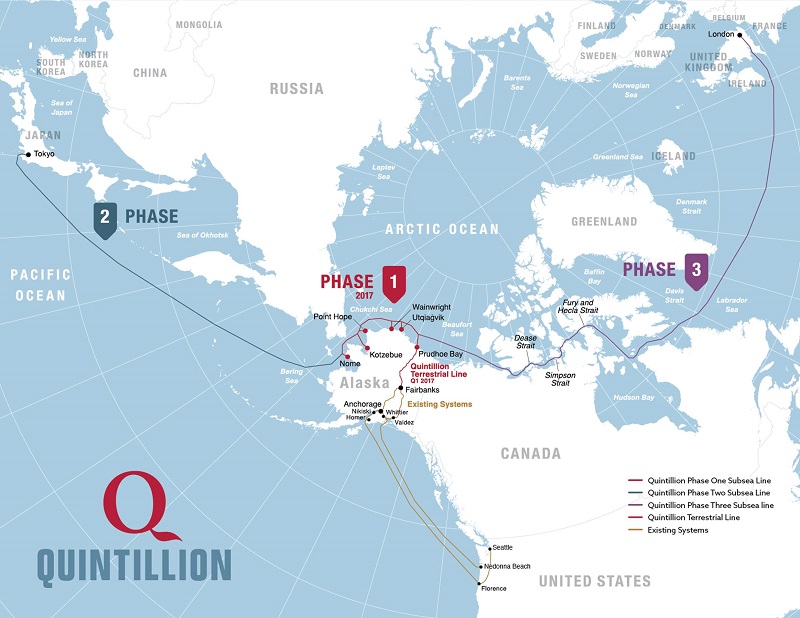