The Europe India Gateway (EIG) is a 15,000km international fiber optic submarine cable system that links 12 countries across 3 continents, including

The EIG cable system was ready for service in February 2011, with an initial designed system capacity of 3.84Tbps, based on 10Gbps DWDM technology. There were upgrades on EIG in 2015 and 2020 respectively, deploying 100Gbps DWDM technology supplied by Ciena. 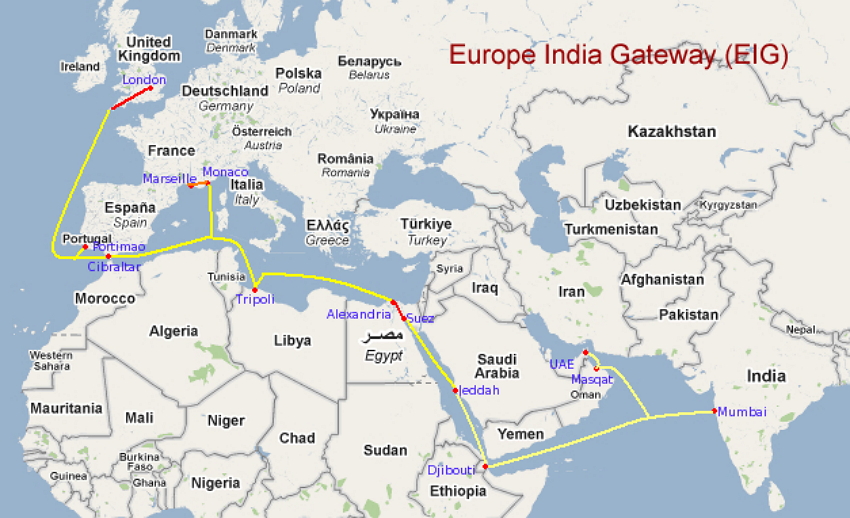