The Korea-Japan Cable Network (KJCN) is a consortium cable with diverse direct connections between Korea and Japan.

The KJCN cable system consists of 12 fiber pairs on both cable routes, with a total cable length of 500km and an initial design capacity of 2.88 Tbps on each route.

There is no repeater and hence no PFE (Power Feeding Equipment) in the KJCN cable system.

The C&MA of the KJCN was signed on May 25, 2001, and the KJCN was ready for service on March 23, 2002, offering high quality, reliance broadband services for the 2002 FIFA World Cup Korea/Japan. 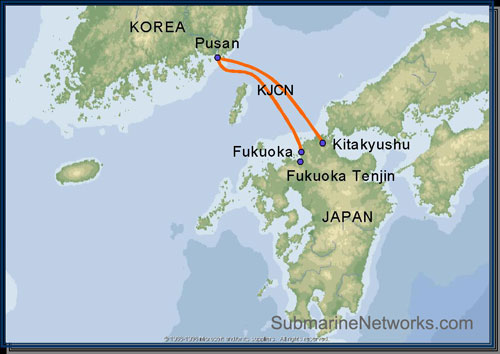