TGN-Eurasia, or TGN-EA, is a 9,280 km cable system linking Mumbai in India with Marseille in France, passing through Egypt, with a branching unit to Jeddah, Saudi Arabia.  TGN-EA offers route diversity through a terrestrial route in Egypt without touching the Alexandria CLS & the Suez CLS.

Tata Communications also partners with Mobily and other operaters for TGN-EA branching into Jeddah, Saudi Arabia, extending the TGN-EA cable systems into the Middle East, and establishing the TGN-Gulf cable system.

TGN-EA forms a part of Tata Global Network's (TGN) together with other cable systems like TIC, TGN Intra-Asia, TGN Pacific, TGN Atlantic and European ring, enables PoP to PoP connectivity allowing customers to terminate capacity at Mumbai or at Marseille and also at other TGN PoPs

TGN-EA and SEACOM are a common cable in some segments. In addition to its East African portion, SEACOM has two fiber pairs between Egypt and India, on a common cable with TGN-EA. TGN-EA represents another two fiber pairs from Egypt to India and the branch to Jeddah (i.e., TGN-Gulf). Both SEACOM and TGN-EA have one fiber pair on TE North for connectivity across Egypt to Europe. 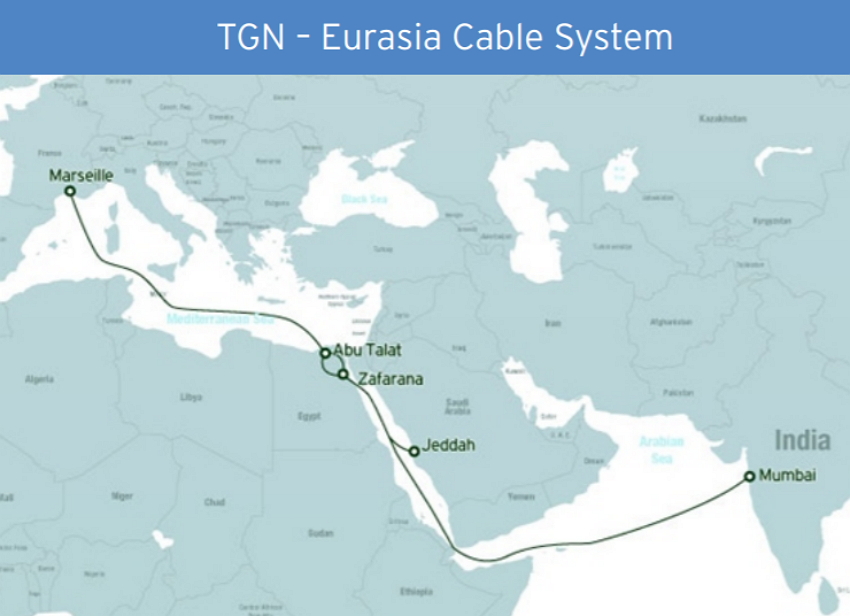