Cable Landing Station is one important component of a submarine cable system which comprises of Wet Plant and Dry Plant.

The cable landing site is usually carefully chosen to be in areas: 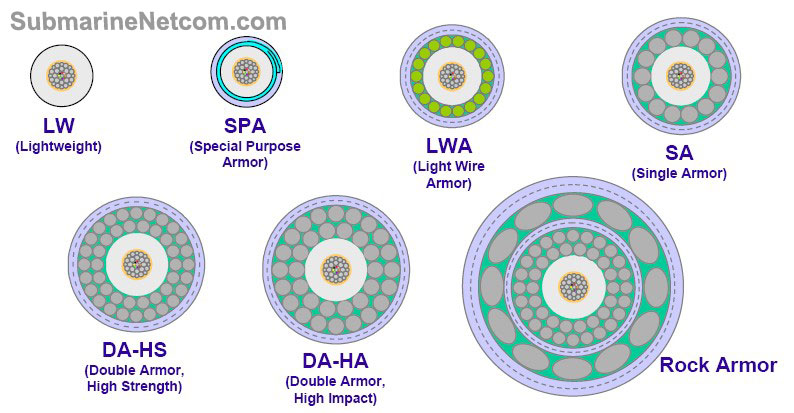 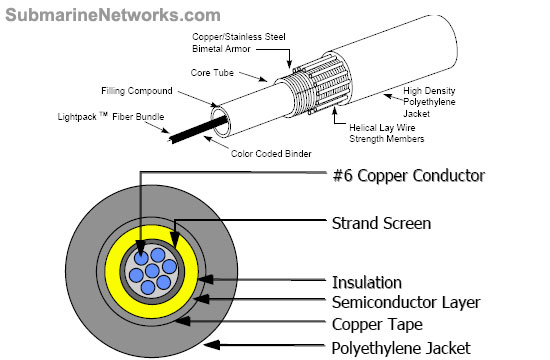 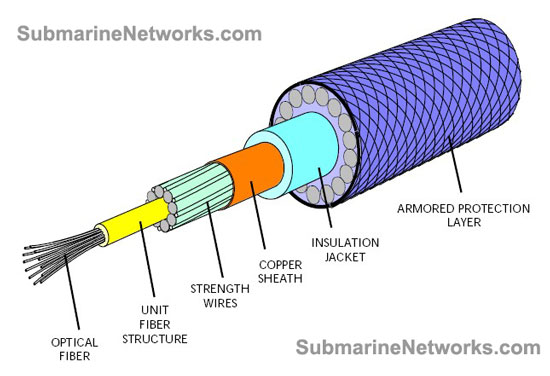 In most of the jurisdictions worldwide, the cable landing license is required to land a submarine cable.

There are now the following submarine cables landing in Mainland China:

Cables to the US:

Cables to Africa and Europe：

The cables land at 9 submarine cable landing stations in China.

There are now 15 submarine cables landing in 7 cable landing stations in Taiwan:

Global internet giants and operators have heavy investments in Taiwan.

Google has two hyperscale data centers in Taiwan, one in Changhua County which costs US$780 million and was completed in 2013, the other in Tainan Technology Industrial Park which will cost US$850 million, with a power supply of 10MW. So, Google builds two subsea cable connecting Taiwan and the US, FASTER and PLCN. Google also acquies huge capacity on other subsea cables connectign Taiwan.

The east and south of Taiwan are a complex system of belts formed by, and part of the zone of, active collision between the North Luzon Through portion of the Luzon Volcanic Arc and South China, where accreted portions of the Luzon Arc and Luzon forearc form the eastern Coastal Range and parallel inland Longitudinal Valley of Taiwan respectively. This region is encountered frequent seismic faults which may caused serious harmful impact to the submarine networks. For example, the magnitude 7.0 Hengchun Earthquake in December 2006 resulted in 18 cable cuts in 8 submarine cable systems, atastrophically disrupted Internet services in Asia and Pan-Pacific regions.

Currently, there are 15 subsea cables (17 if Seacom and MENA are considered seperate cables) landing in 15 cable landing stations in 5 cities across India, in Mumbai, Chennai, Cochin, Tuticorin and Trivandrum.

To have a full picture about submarine cables landing in India, please read following articles by an Indian expert Mr. Suvesh Chattopadhyaya:

According to Mr. Suvesh Chattopadhyaya's contribution, here is a complete list of submarine cables landing in India:

Riding on the strong growth in IP-based traffic, Brunei has successfully lighted up 10 Tbps of international capacity to fuel bandwidth demand.

Brunei’s geographical location with no history of natural disasters like typhoons and earthquakes, and substantially lower power costs, presented the sultanate with added advantages as a connectivity and transit hub for the underserved regions of Borneo Island and the BIMP-EAGA (Brunei Indonesia Malaysia Philippines East Asia Growth Area)

Brunei is connected Sabah and Sarawak of Malaysia and the West Kalimantan Province of Indonesia with terrestrial connectivity via the border crossing of Sungai Tujoh, and with commercial traffic of 1 Tbps.

Cable Landing Stations in West Coast of the U.S.

A cable landing license must be obtained prior to landing a submarine cable to connect:

Applications for cable landing licenses are subject to initial review for completeness of information and, upon acceptance for filing, public notice inviting comment. The FCC's rules provide for streamlined processing with action within 45 days of release of the public notice where the applicant can demonstrate eligibility for streamlining under the FCC's rules.

The FCC will undertake to act on applications that are ineligible for streamlining within 90 days of issuance of a public notice unless the application raises questions of extraordinary complexity.

To qualify for streamlining the Applicant must send complete copies of the application:

The FCC also coordinates with other Executive Branch agencies applications where a foreign citizen or foreign-organized entity, including foreign government, would hold a 10 percent or greater direct or indirect equity or voting interest in the licensee.

In such senario, the Non-Streamlined Processing may be applied. The Non-Streamlined Processing involves an opaque and sometimes unending review process used by what's commonly known as Team Telecom (i.e., a working group of representatives from the Federal government entities charged with ensuring national security: the Departments of Homeland Security, Defense, Justice, State, Treasury, and Commerce, as well as USTR and the FBI), according to Commissioner of the FCC, Michael O'Rielly.

During the Non-Streamlined Processing, the FCC may grant the applicants an Special Temporary Authority (STA) to carry out certain engineering works and/or partial operation in the territory of the United States. STAs are granted with a fixed expiration date, usually six months, or for the term necessary to cover a special event, etc. STAs do not have grace periods and are valid only through their expiration date. The FCC may grant extensions of an STA for a period of 180 days, but the applicant must show that extraordinary circumstances warrant such an extension.

Cable Landing Stations in East Coast of the U.S.

Guam is a natural hub and communication gateway for trans-Pacific telecommunications. On this 212-square-mile island, Guam arguably has one of the most extensive telecom infrastructures in the Asia Pacific region and most areas throughout the United States.

There are following cable landing stations in Guam:

There are 7 cable landing stations in Hawaii Islands, including

American Samoa is an unincorporated territory of the United States located in the South Pacific Ocean, southeast of the sovereign state of Samoa (formerly known as Western Samoa).  The 2000 census showed a total population of 57,291 people. The total land area is 76.1 square miles (197.1 km2). American Samoa is the southernmost territory of the United States.

There is one international fiber optic cable between American Samoa, Samoa and Hawaii, the ASH/SAS Cable,  and connects America Samoa to the existing global telecommunications infrastructure networks.

Samoa, officially the Independent State of Samoa, formerly known as Western Samoa and German Samoa, is a country encompassing the western part of the Samoan Islands in the South Pacific Ocean. It became independent from New Zealand in 1962. The two main islands of Samoa are Upolu and one of the biggest islands in Polynesia, Savai'i. The capital city, Apia, and Faleolo International Airport are situated on the island of Upolu.

The ASH/SAS Cable lands at the Apia Cable Landing Station.

French Polynesia is an overseas collectivity or constituent country of the French Republic. It is made up of several groups of Polynesian islands, the most famous island being Tahiti in the Society Islands group, which is also the most populous island and the seat of the capital of the territory (Papeete).

The Southern Cross Cable Network is currently the only one international submarine cable landing in Fiji, and lands at the Suva Cable Landing Station in Viti Levu Island of Fiji.