The GBI (Gulf Bridge International) is a private submarine cable system connecting the Gulf countries together and provide onward connectivity to the rest of the world.

The GBI Cable System is designed with a self-healing core ring in the Gulf, with double cable landings at the major terminals of Qatar and Fujairah (UAE) and branched landings in Iran, Iraq, Kuwait, Saudi Arabia and Bahrain, Oman, and onward connectivity to landing in India and Europe as well.

The GBI Cable System is privately owned by Gulf Bridge International, established in December 2008 with an initial investment of $445 million.

The GBI Cable System was launched in Feb. 2012 with intra-regional connetivity in Gulf, and late 2014 for the whole system.

The GBI network was planned based on a partnership with the MENA submarine cable system which would provide onward connectivity from the Persian Gulf to India and Western Europe across Egypt.

Unfortunately, the MENA submarine cable system was delayed due to permitting issues in Egypt, was not completed until November 2014 after purchas purchasing terrestrial fiber pairs IRU from Telecom Egypt to connect Zaarafana cable landing station and the Abu Talat cable landing station. 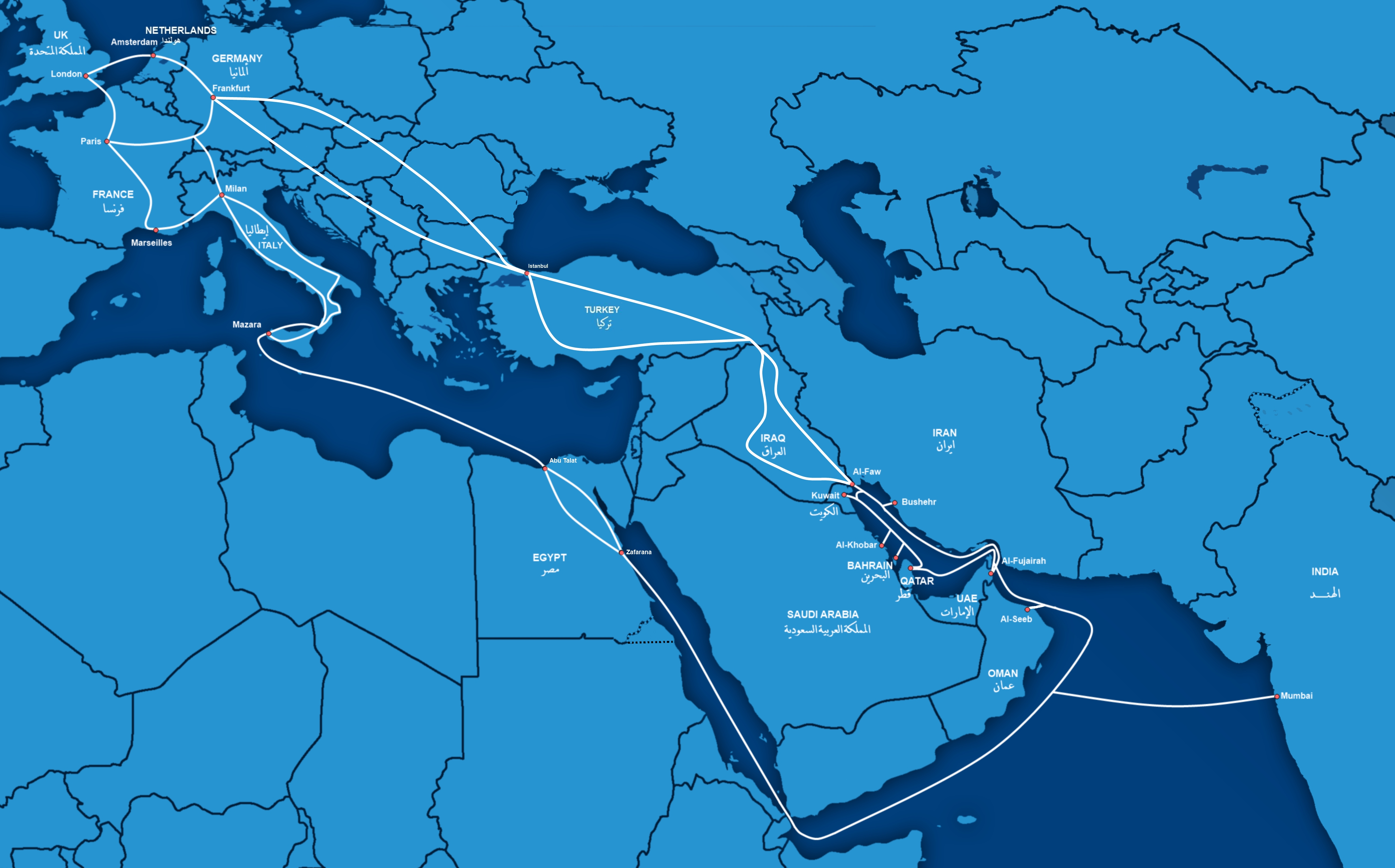