2011 March 11 05:46:23 UTC, A magnitude 8.9 earthquake struck off the northeastern coast of Japan (modified to magnitude 9.0 later), at 38.322°N, 142.369°E and 373 km (231 miles) NE of TOKYO. The earthquake and its aftershocks and the tsunami resulted in multiple submarine cable cuts that threatening much of the intra-Asia and trans-Pacific telecommunications. 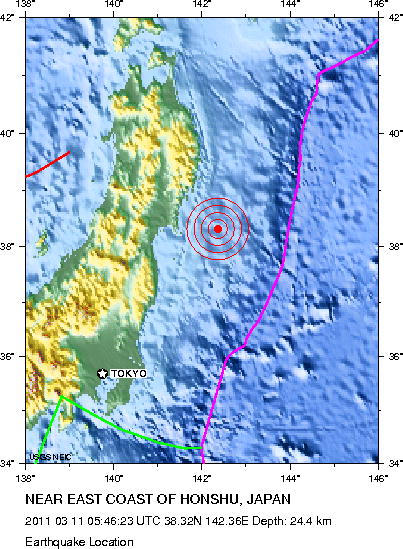 Japanese domestic communications were almost disrupted. People are lining up at public phones which takes the priority of networks during and after the earthquake. Cell phones still work, but the service gets jammed quickly. Data works much better than voice on mobile networks. The three largest mobile phone networks said that their services were disrupted across Japan. The three largest mobile phone network companies include NTT DoCoMo, KDDI Corp., and Softbank Corp. The wireless systems said that their reception was either considered to be poor or bad after the earthquake.

The quake and tsunami resulted in mutliple submarine cables cut, seriously impacted the  intra-Asia and trans-Pacific communucations and Internet access.

As shown in following figure, about 20 submarine cables land in Japan. APCN-2 and Japan-US CN were first reported to be cut after the earthquake and as tsunami approaching seashore houses in Kita Ibaraki where both cables land. Kita Ibaraki cable landing station was almost isolated from the submarine networks. As tsunami spread, Ajigaura cable landing station was hit and isolated, PC-1 and EAC submarine cables were cut. Cables cuts were also reported on China-US CN and C2C. The cable cuts impacted not only the Japanese carriers, but also other Asian carriers, such as China Telecom reported an outage of 105G trans-pacific capacity for its Internet traffic, approximately amounting to 22% of its overall trans-pacific capacity. 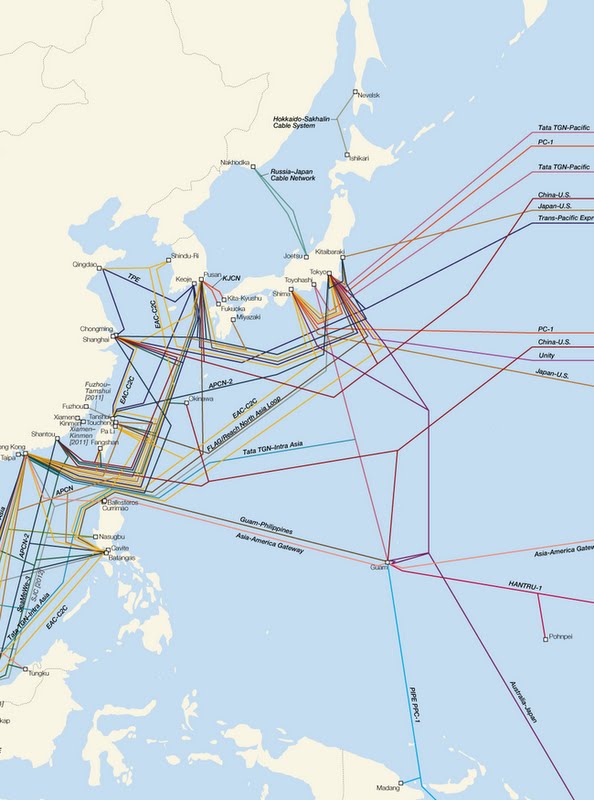 Fortunately, the other high capacity trans-Pacific undersea cables such as TPE, TGN-Pacific and Unity were not impacted by the earthquake and tsunami. And the ring protection mechanism of the impacted intra-Asia undersea cables including APCN-2, C2C, EAC and China-US CN enables the quick restoration of some interrupted traffic.

Owing to the increasing diversity of global submarine networks, a better resiliency of global communication against the nature disaster can be expected.