Pacnet announced on 29 October 2013 the successful deployment of an optical mesh network with 100 Gbps technology between Asia and the United States on its EAC Pacific cable system (which is also known as Unity cable system) integrated with Optical Transport Network (OTN) switching over its Asia-Pacific region’s high-capacity submarine cable systems. Pacnet can now offer its Carrier and Enterprise customers 10Gbps, 40Gbps and 100Gbps services between Asia-Pacific and the U.S.

Pacnet’s 100G network upgrade is a significant move to address the increasingly growing demand for bandwidth throughout the Asia-Pacific region and all over the world. In 2017, global IP traffic is expected to reach 1.4 Zettabytes per year, or 120.6 Exabytes per month, growing at a compound annual growth rate (CAGR) of 23 percent from 2012 to 2017. IP traffic in Asia-Pacific will reach 43.4 Exabytes per month by 2017, at a CAGR of 26 percent .

“We are the first carrier to support 100G service between Asia and the United States,” says Andy Lumsden, Chief Technology Officer of Pacnet. “With this successful upgrade, we have significantly boosted our bandwidth capacity and scalability to serve the dynamic needs of carriers and enterprises that support compute-intensive operations in the region.”

The new backbone integrates subsea fiber infrastructure and terrestrial backhaul links supporting pure packet technology and OTN switching in the optical core, enhancing Pacnet’s capability to offer customers a seamless set of network services between its inventory of interconnected data centers located in 14 cities across Asia-Pacific. The upgrade supports both Ethernet and OTN interfaces at a location, allows flexible selection of whether to multiplex, scale up and down, amplify, groom, optically express, or switch individual data streams. Customers can enjoy improved quality of service without increasing the cost of ownership.

Pacnet owns and operates EAC-C2C, Asia’s largest privately-owned submarine cable network at 36,800 km, as well as EAC Pacific  which spans 9,620 km across the Pacific Ocean. EAC-C2C is the leading state-of-the-art fiber optic submarine cable network in Asia, connecting to cable landing stations throughout the region including Hong Kong, Singapore, Japan, Taiwan, Korea, the Philippines and China. With multiple landing points in most locations, EAC-C2C provides Pacnet’s customers with network resilience through increased route diversity. EAC Pacific is a trans-Pacific cable system providing connectivity between Chikura, located off the coast of Japan near Tokyo, to Los Angeles, California and other network Points of Presence (PoPs) on the West Coast of the United States. The two fiber pairs, collectively known as EAC Pacific  provide up to 1.92 Terabytes per second (TBps) of capacity across the Pacific Ocean. 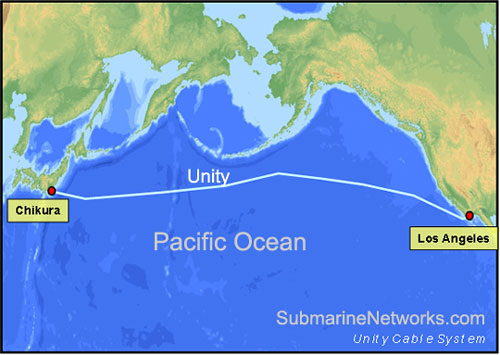