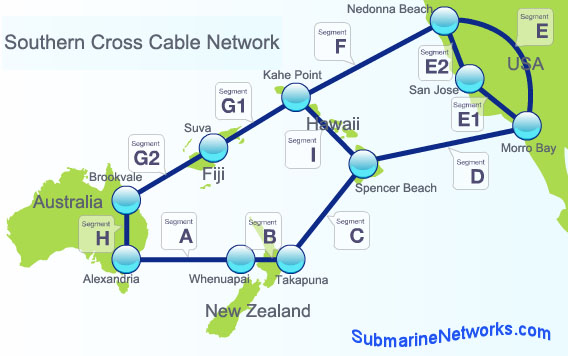 With Australia’s NBN (National Broadband Network) and New Zealand’s UFB (Ultra-fast Broadband) initiatives, the demand for international capacity in both Australia and New Zealand grows at around 35 to 40 per cent annually. The 100G expansion will ensure that Southern Cross remains in a position to cost-effectively support demand growth for many years.

Southern Cross first introduced the Ciena 6500 Packet-Optical Platform in 2011, to future proof the network, support expanding demand and enable product enhancement. That decision has already paid dividends, enabling the transition of the network from 10G optics, to 40G in 2012, and now to 100G, while allowing the network capacity to be augmented without adding significant complexity.

The Ciena platforms used by Southern Cross provide enhanced switching capability in support of mesh-enabled submarine network architecture. This reduces the risk of natural and man-made network disruptions, even under multi-failure conditions, and provides the platform on which the new generation of Southern Cross products is being developed, such as the recent introduction of 40Gbps OTN services, and the current development of 40GbE and 100GbE services.