The Honotua Cable System is a 5000 Km submarine communications cable system that connects several islands of French Polynesia via Tahiti to Hawaii, USA.

The Honotua Cable System has cable landing points at:

The baptismal name bestowed to this Polynesian project, HONOTUA, perfectly reflects the philosophy that lies behind it. HONO means link in the Tahitian language. It is the link between the human beings, peoples, cultures and civilizations. TUA means the open sea, the high seas. But it is also the back, the backbone. Thus HONOTUA is the link that relates Polynesian to the rest of the world, the backbone on which all the information channels interconnect.

The Honotua Cable System is owned and operated by the government-owned OPT (Office des Postes et Télécommunications) of French Polynesia, supplied by ASN.

In 2008, OPT and the Hawaii-based Wavecom Solutions (then known as Pacific LightNet Inc., or PLNI) signed a Landing Party Agreement (LPA) which permits OPT to land Honotua at the Kawaihae Cable Landing Station located near Spencer Beach on the Big Island of Hawaii. In 2012, Hawaiian Telcom completed the acquisition of Wavecom Solutions.

In late 2022, the Honotua cable system was upgraded with Ciena's GeoMesh Solution powered by the 6500 Packet-Optical Platform and WaveLogic Ai technology, delivering 300Gbps of capacity and supporting an upgrade path to 5Tbps of total capacity to rapidly address future growth. 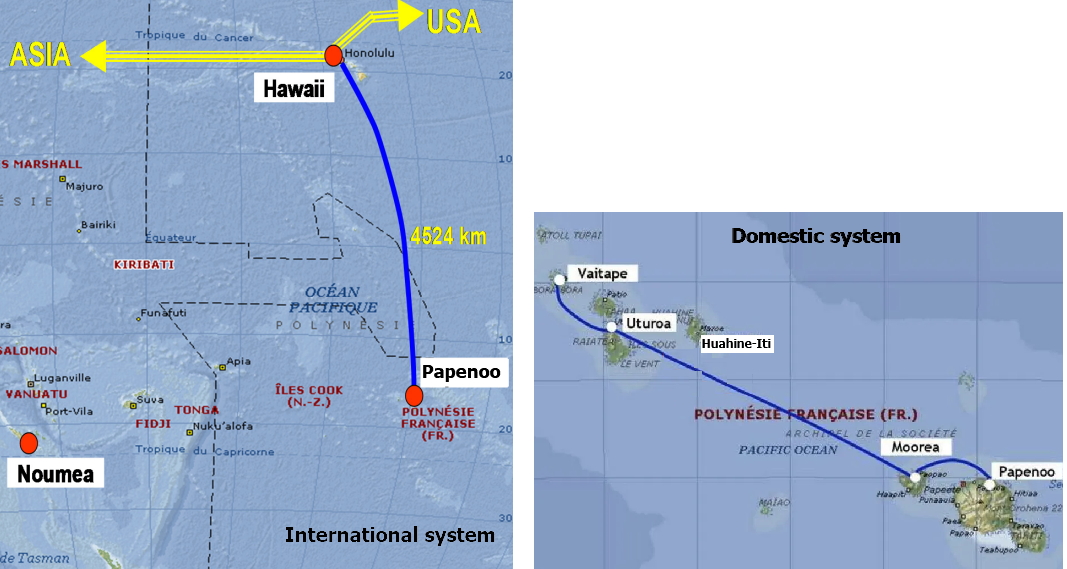