The Hong Kong-Americas (HKA) consortium and Alcatel Submarine Networks (ASN) has finally announced their deal at the PTC 2018 in Honolulu，Hawaii. The HKA consortium includes China Telecom, China Unicom, Facebook, Tata Communications, and Telstra as the major parties. A US-based cloud service provider and a US-based cable operator are expected to join the HKA consortium as well. ASN is awarded by the HKA consortium a turnkey contract for the deployment the HKA submarine cable network. 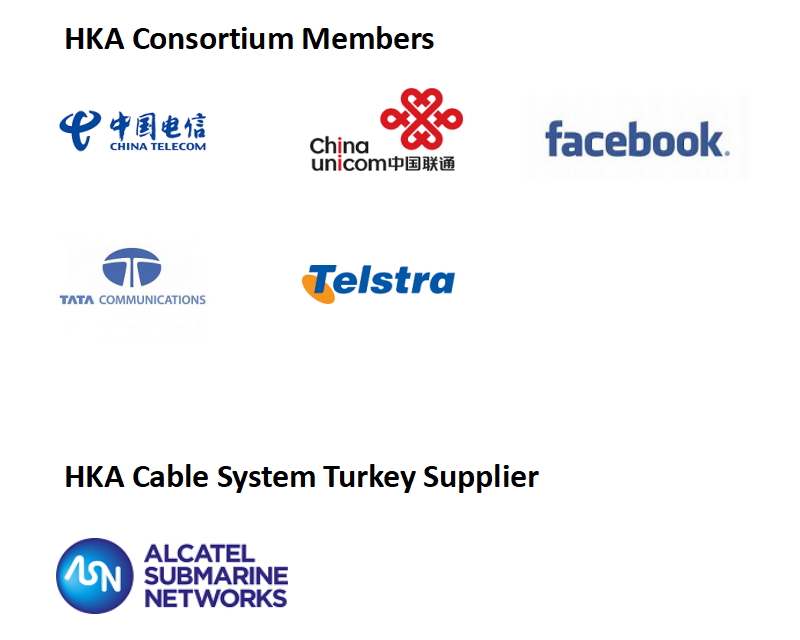 The HKA cable system consists of six fiber pairs and span approximately 13000 km from Chung Hom Kok in Hong Kong to Hermosa Beach in California, with branches to other landing sites in the US and Asia as well.

The investment of HKA cable system is expected to approximately US$300 million, including the whole system supply, installation, permits and station facilities.

The HKA cable system is designed with the open cable structure. Each HKA consortium member can take its own fiber pair or fractional fiber pair and deploy its own  SLTE (submarine line terminal equipment).

As released in a post by Paul Abfalter, Director of OTT and Emerging Markets - Telstra Enterprise, Telstra will have a half fibre pair in HKA cable system. Additionally, Telstra will invest in capacity on the Pacific Light Cable Network (PLCN). Both investments in HKA and PLCN will deliver approximately 6 terabits per second (TBps) of capacity connecting Hong Kong and the US.