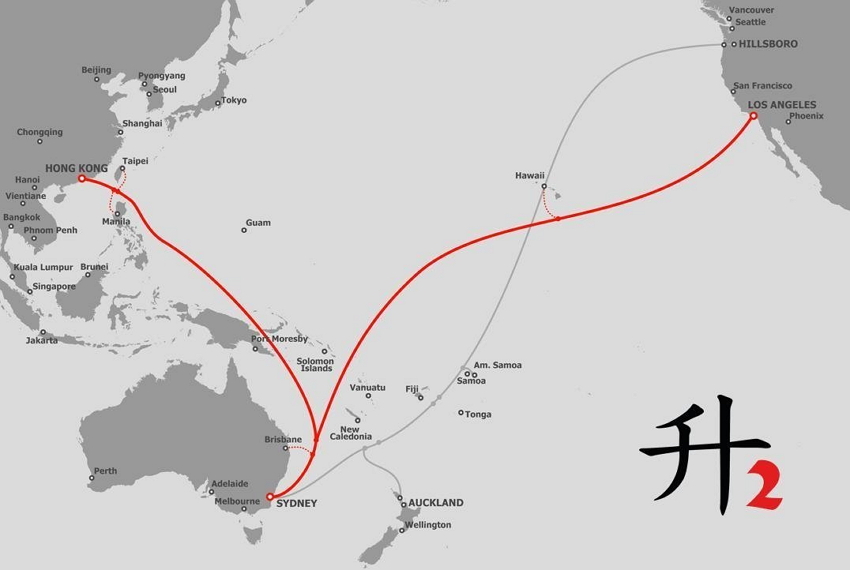 H2 will address growing capacity requirements and new traffic patterns emerging within the Asia-Pacific region, especially there is now short of capacity supply for Hong Kong and Australia route.

In a panel at TWA2019 in Bangkok two weeks ago, I and other panelists discussed why APAC is a hotbed for new subsea cable builds. I stated there are demands driving. Although the overall supply of capacity seems sufficient in APAC regions, there is shortage on specific routes, such as Hong Kong to the US, Hong Kong to Australia, Mainland China to the US. When we consider demands for large scale of bandwidth, diversity of connectivity, and low latency direct routes together, it seems even worse, there are urgent demands for new subsea cable projects on Hong Kong to Australia and Mainland China to the US routes. While the capacity shortage on Hong Kong to the US and Singapore to Australia routes has been or will be significantly relieved due to the completion of ASC cable connecting Singapore and Australia in 2018 and the completion of Indigo cable connecting Singapore and Australia and PLCN connecting Hong Kong and the US in 2019.

H2 cable is coming to address the urgent demands on Hong Kong to Australia route.

The H2 cable system will provide the lowest latency from Australia across the Pacific, with approximately 92ms from Sydney to Hong Kong, carrying 15 Tbps per fibre pair.

It is quite curiously at the first sight of the logo of H2 Cable, with a Chinese character 升 (sheng) and lower digit '2'.  The Chinese character 升 (sheng) means 'rise' or 'ascend'. While the digit '2' can be understood 'double' or ‘square degree’. The logo implies that H2 Cable is coming and rising fast, and even faster, addressing the demands, and aiming at Chinese market.