The FASTER Consortium jointly submitted Application for a License to Construct, Land, and Operate an Undersea Fiber Optic Cable Connecting the U.S., Japan, and Taiwan. 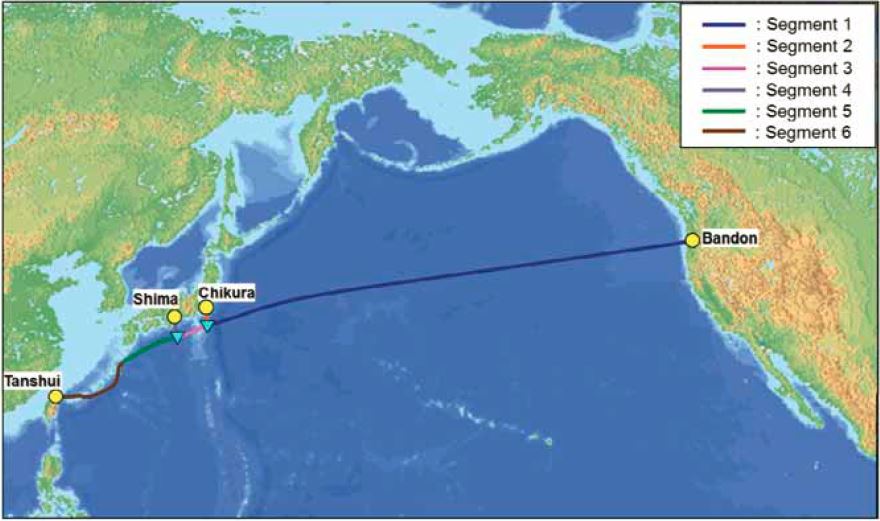 All the FASTER consortium members have their capacity entitlement on trans-pacific routes, i.e., Oregon-Chikura and Oregon-Shima routes.

The TASTER extension routes including Oregon-Tanshui, Tanshui-Shima, and Tanshui-Chikura routes are solely invested and owned by Google Cable Bermuda Ltd. (“GCB”), which is an indirect, wholly-owned subsidiary of Google organized under the laws of Bermuda, and owns all of Google’s capacity in FASTER outside of the U.S.

FASTER lands in four locations: Bandon/Oregon, Chikura and Shima in Japan, and Tanshui in Taiwan:

GU Holdings is the landing party for FASTER in the U.S.

KDDI is the landing party for both Japan landings.

GCB is the landing party in Taiwan. GCB has signed a Landing Party Agreement (LPA) with New Century InfoComm Tech Co., LTD (“NCIC”). According to the LPA, GCB shall convey to NCIC ownership of the portion of FASTER that extends 12 nautical miles from the shores of Taiwan. NCIC shall then grant GCB an indefeasible right of use (“IRU”) for that same portion of FASTER.

Control of US NOC

According to FCC regulations, U.S. common infrastructure will be controlled and operated by a U.S. NOC. The primary NOC for FASTER will be located in the United States, all of the NOC staff are U.S. persons.