Hemisphere Cable Company, S.L. a company duly constituted under the Laws of the Kingdom of Spain, having its registered office in Tenerife (Canary Islands), Spain (hereinafter referred to as “HCC”), announced recently its plans for investing in a new submarine cable infrastructure laying down a first optic cable project named WASACE 1, a direct route from Europe to Latin America. WASACE 1 cable system will connect Fortaleza, the Canary Islands and Seixal with additional branches in Cape Verde, Madeira and Casablanca. 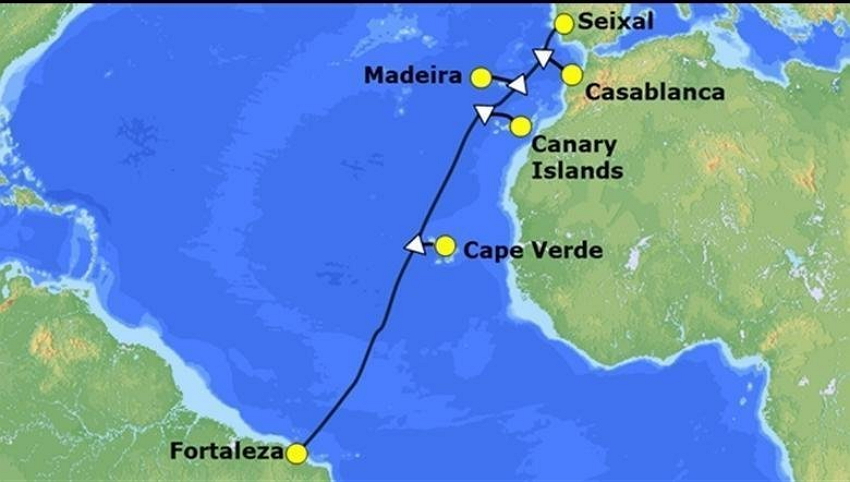 This new infrastructure will include a Network Operations Center (NOC) and also a brand new Data Center in the Canary Islands from which subsequent routes are projected to West Africa, the Mediterranean and North America.

Knowing the technical excellence, the expertise and the experience of NEC Corporation, HCC is also pleased to announce that it has reached an agreement with NEC, through which NEC becomes the technological & strategic supplier for this new system WASACE 1, as well as for the new routes planned and mentioned in the previous paragraph.

WASACE 1 will be the next-generation fiber-optic technology between Europe to Latin America. The WASACE 1 submarine system will provide 8 fiber pairs for a total capacity of 144 Tbps, each pair with an upgradeable initial capacity of 18 Tbps. The WASACE 1 project is expected to be completed in no more than 30 months, being Q2 2021 the projected Ready for Service (RFS) date for system WASACE 1.

The WASACE 1 project strategy is enabled by new state-of-the-art technology that provides an unsurpassed low cost per unit of capacity, raising the competitive bar for the existing cable owners. The designed in future upgrade capacity will assure it can cost-effectively serve the market for many years to come.

The second subsea cable system, WASACE 2, will also be deployed in the near future, connecting the Canary Islands to South Africa, and will be announced before mid-2019 for completion during the 2ndhalf of 2021.

Mr. Luis M. Jara, CEO of HCC, has stated that “HCC is delighted to invest initially for the WASACE 1 system, opening a new era in the connection between Europe and Latin America. It will do so by offering low-latency communication services by providing a direct route between these continents without going through the US. In addition, the establishment of the new Data Center in the Canary Islands, together with the construction of the WASACE 2 cable, means, for HCC, a major milestone within the goal of becoming the main interconnection HUB facing and uniting Africa, Latin America, the Mediterranean region, Europe and the United States”

In this respect, WASACE 1 system, a direct route from Europe to Latin America, fills the existing gap in connectivity in today’s undersea cable map. WASACE 1 value proposition is to offer the market a competitively priced submarine traffic distribution system across the Atlantic, linking Europe with Latin America in the most efficient way (lowest latency whilst cost-effective), without passing through the US and/or the UK: WASACE 1 system will reduce the RTT (Round Trip Time) between Europe and Latin America by a figure over 60% when compared to actual routes through the US.