According to Telxius, MAREA cable system has incresed its design capacity to 200Tbps from its initial 160Tbps. MAREA cable project jointly completed by Facebook, Microsoft and Telxius is shortlisted as the Project of the Year - Subsea for the Global Carrier Awards 2018. 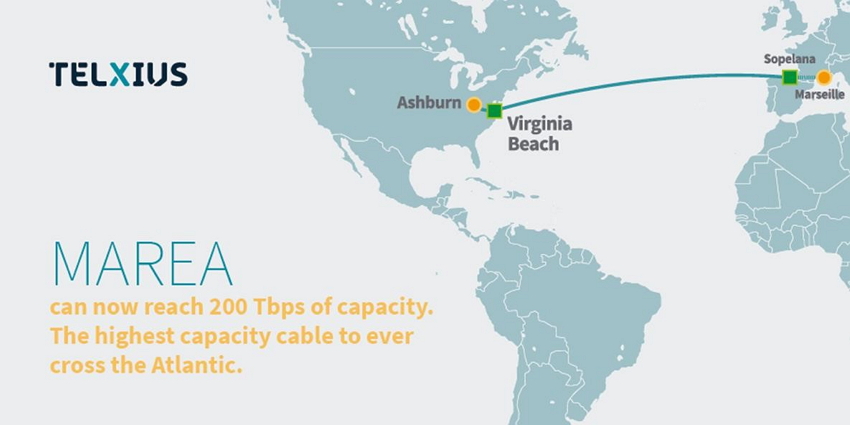 Telxius keeps working relentlessly to improve the present and future of communications. Telxius is aware that state of the art technology allows them to offer a better service to our customers. Telxiu aims to be quick and flexible to capture business opportunities. And this is why MAREA, that has recently been opened for business, has increased its capacity to 200 Tbps from the initial 160 Tbps.

MAREA is the highest-capacity submarine cable to ever cross the Atlantic and worldwide, connecting Virginia (US) and Sopelana (Spain). It provides the lowest latency route between the United States and Southern Europe as well as a diverse path to network hubs in Africa, the Middle East and Asia.

MAREA is set to boost Atlantic connections, providing ultrahigh transmission capacity that keeps growing. With its flexible and innovative design, MAREA is a game changer that will easily adapt to the future of data services.

According to Capacity Media, MAREA cable jointly invested by Facebook, Microsoft and Telxius is shortlisted as the Project of the Year - Subsea for the Global Carrier Awards 2018.