According to Telxius, Amazon Web Services (AWS) has signed an IRU agreement with Telxius for the use of a fibre pair on MAREA cable system partially owned by Telxius. MAREA provides high capacity, low latency, route diversity. MAREA is the first open subsea cable system in the world, connecting Virginia Beach, USA, and Sopelana, Spain, with a system design capacity of 200Tbps, being the the highest capacity submarine cable in the world.

MAREA provides the lowest latency route between the United States and Southern Europe, as well as a diverse path, further south than other transatlantic cables, to network hubs in Europe, Africa, the Middle East, and Asia.

Cloud providers increased activity in the cable business is now a major driver of the submarine telecom industry. As the market pioneer and leader in cloud IaaS, AWS has become more active in the subsea cable market. AWS had its first investment in subsea cable market to purchase IRU capacity Hawaiki Cable System in late 2016. AWS invested in JUPITER Cable connecting Japan and the US in early 2017, and announced to be a consortium member of BtoB Cable linking Hong Kong and the US in mid 2018. It is said, AWS is evaluating the investment in other cables.

According to FCC documents, Telxius owns 50% of the whole MAREA cable system (including cable landing stations at Virginia Beach and Spelana, wet segments in US territorial waters, international waters and Spanish territorial waters), Microsoft and Facebook each owns 25% respectively. After selling a fiber pair to AWS, Telxius shall still keep 3 fiber pairs for other customers and their own use. 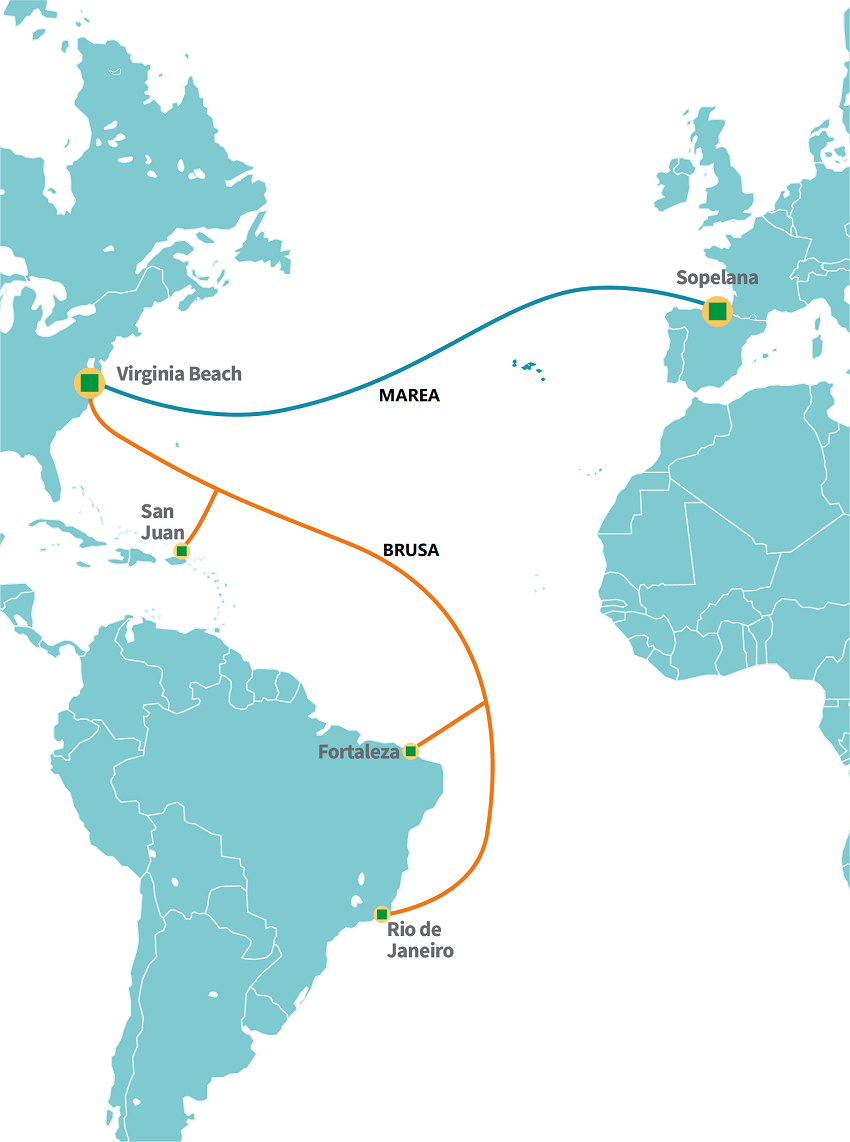