EllaLink is a submarine cable connecting Brazil and Europe, linking the major hubs of Sao Paulo and Fortaleza with Lisbon and Madrid. The main section of the EllaLink cable traveling from Sines to Fortaleza is approximately 5900 km.

The EllaLink cable system delivers 72 Tbps of capacity over 4 fibre pairs, supplied by ASN, with €25 million ($27.2m) financial support by the European Commission as part of its Building Europe Link to Latin America (BELLA) initiative.

EllaLink was a partnership between Spanish submarine cable operator IslaLink and Brazilian state-owned telecoms provider Telebras. By the end of 2019, Telebras had withdrawn from the EllaLink cable project.

The EllaLink cable system is expected to be ready for service in early 2021. 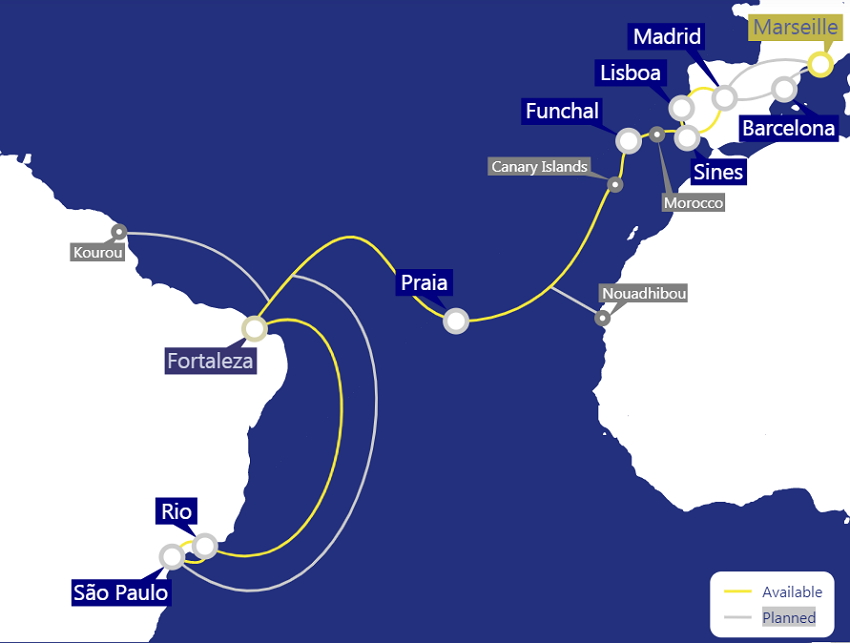