Zeus subsea cable is engeered to be the most dense, deeply-buried and robust cable available in the North Sea, and the route includes terrestrial backhaul connectivity to London and Amsterdam. The Zeus cable is buried between 2 and 3 metres under the seabed in comparison with half a metre for other existing cables.

Zeus is deploying with high-fiber-count cable, 100% double armoured cable and ULL fibre technology, with 192 fiber (96 fiber pairs). Its wavelength throughput on a single channel between London and Amsterdam can reach up to 600Gbps. To meet customers’ next-generation bandwidth needs, the network can handle 2,650 Tbps of C Band when at capacity. 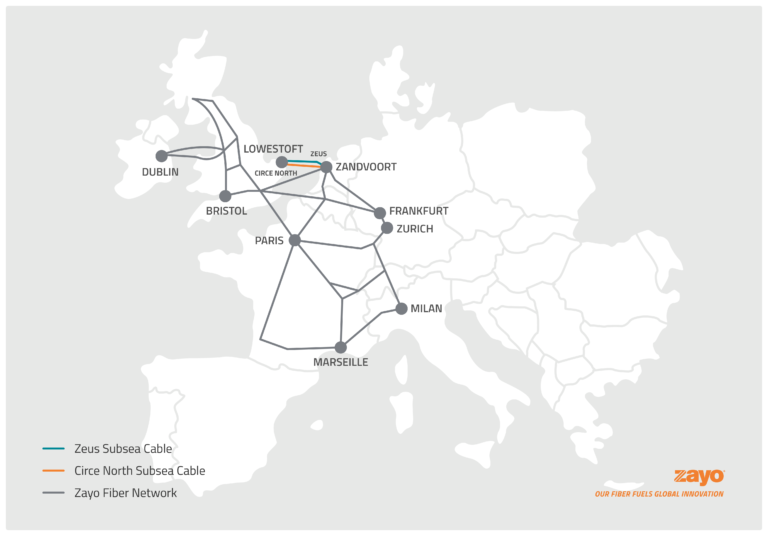