Nibble is Telecom italia Sparkle's software-defined ultra-long-haul backbone connecting Sicily with the major Points of Presence and datacenters in Europe.

Built on a 6,500 km photonic backbone, the Nibble network connects Sparkle's two major submarine cable landing stations in Sicily - Palermo and Catania - with Milan, Marseille, Frankfurt and Paris to the West and with Athens, Istanbul and Tel Aviv to the East.

Nibble has been extend by a further 6,300 km to northern Europe, interconnecting also London, Amsterdam and Brussels, thus reaching a total length of 12,800 km with a redundant network architecture for seamless connectivity from the Mediterranean basin to Europe.

By 2022, Sicily Hub will be also the landing point of BlueMed submarine cable system, the new multi-fiber submarine cable that will cross the Tyrrhenian Sea connecting Sicily with Genoa and Milan with up to 50% latency reduction compared to terrestrial cables. The BlueMed will form part of the Nibble network. 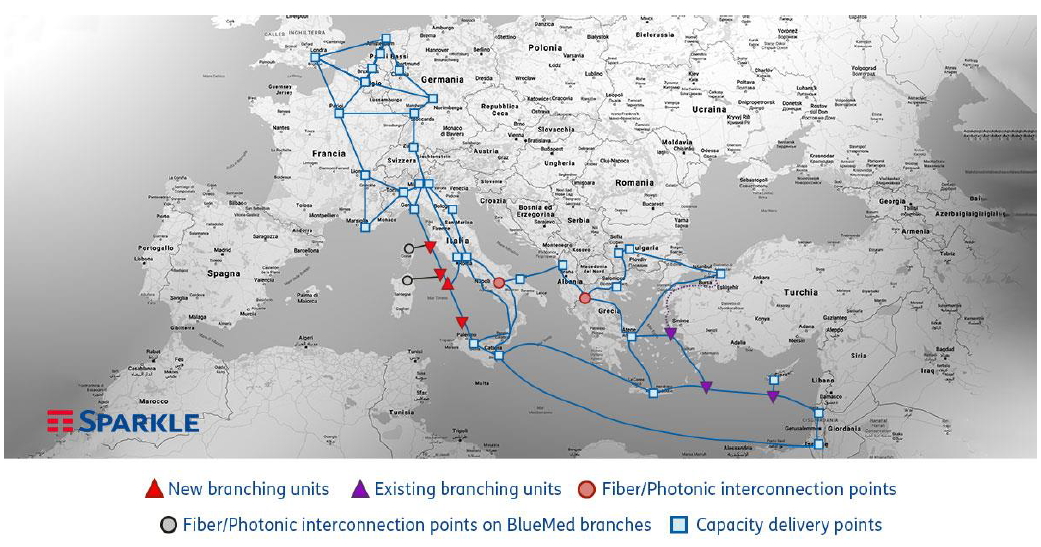