Islalink is building the IONIAN cable system, a repeaterless 24 fibre pair ultra-low-loss fibre optic cable across the Ionian Sea from Crotone in southern Italy to Preveza in Greece, offering an alternative to the existing ageing sub-sea cables in the region. While Bari and Genoa, along with several cities in Sicily, are well-established landing sites, Crotone is a new and diverse landing location offering faster and more resilient network links. IONIAN has Contract In Force and is due to be completed in the fourth quarter of 2022. 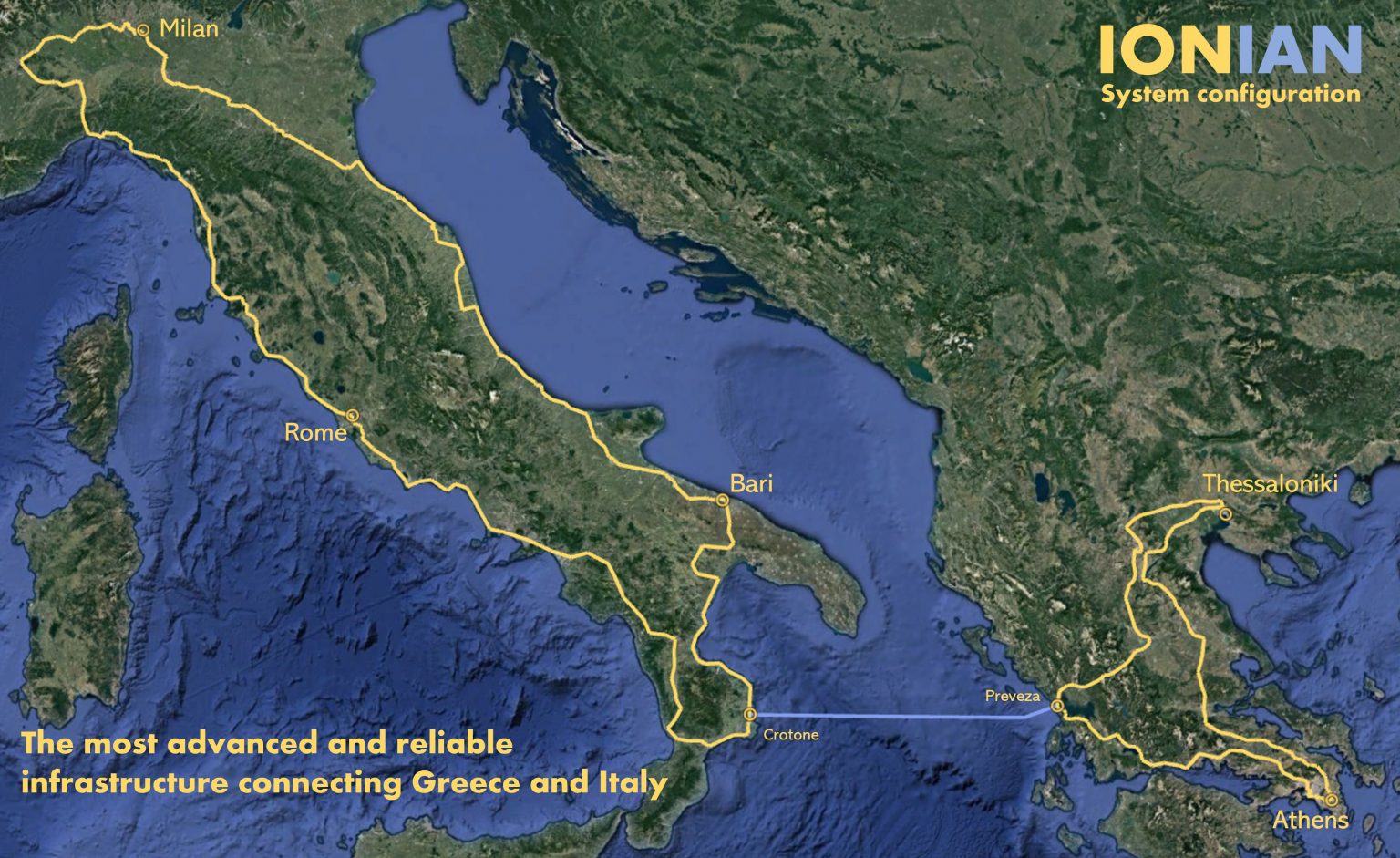 Through the partnership, EXA Infrastructure will offer Islalink a fibre route between Crotone and the Italian data centre hubs of Milan and Rome. It will also construct the beach manhole and front-haul ducts in Crotone, and provide maintenance services for the Cable Landing Station (CLS). EXA Infrastructure will also be a main anchor customer on the new cable, to further strengthen the most robust and reliable network infrastructure connecting the two countries, and will also construct a new 345-kilometre high fibre-count G.652D cable between its existing network in Bari and Crotone, to ensure that the quality of the IONIAN fibre cable can be matched by that of the terrestrial backhaul.

Data growth has surged in the region, particularly driven by hyperscalers needing capacity for social media applications and cloud computing services. To date, businesses wanting long haul data connectivity in the region have to either use sub-sea cables that are around 20 years old or terrestrial routes via Bulgaria and the Balkans.

The marine and geographical conditions in Crotone, combined with the network investments made by Islalink and EXA Infrastructure, make it an ideal landing location for international subsea cables with robust, high-speed interconnectivity to the traditional subsea hubs of Mazara, Palermo and Bari, as well as the data centre clusters of Milan and Rome. Full surveys have been carried out to safeguard wildlife and ensure routing that minimises impact on the marine environment.

The IONIAN cable system will land in Preveza, Greece. Grid Telecom will offer terrestrial optic fiber network to extend the subsea cable from the landing point in Preveza to Athens and then on to Thessaloniki.