CanaLink cable system is now 100% own by Canarias Submarine Link, SLU (CanaLink), the operation company owned by IT3 (Instituto Tecnológico de Telecomunicaciones de Tenerife, which is majority owned by Cabildo de Tenerife and devoted to the development of ICT sectors in the island).

The CanaLink cable system was designed with an initial system capacity of 5.12 Tbps along the main segment from continental Spain (Rota) to Tenerife, ready for service in 2011 and supplied by Alcatel-Lucent Submarine Networks (ASN). 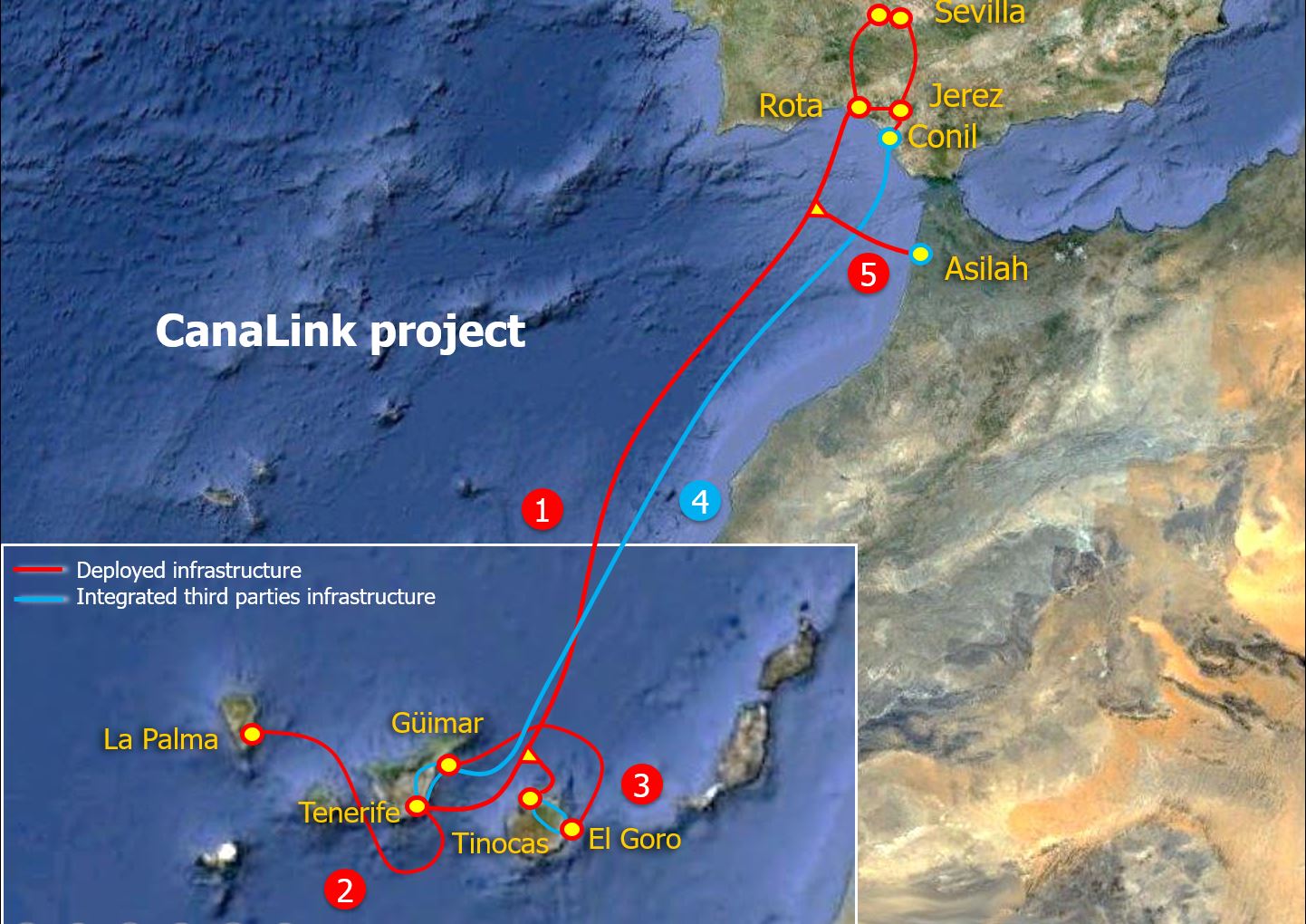