In November 2009, Globe Telecom completed the FOBN2, which spanning over 1,900 kilometers of inland and submarine cable, covering most areas of Luzon, Visayas, and Mindanao. The FOBN2 project cost was around $70 million. FOBN2 serves as protection route for FOBN1.

In Septermber 2013,  Globe Telecom completed rollout of a 400km submarine fibre optic backbone connecting Palawan with the main island of Luzon, strengthening Palawan’s connectivity with the entire country and the rest of the world.

National Digital Transmission Network (NDTN) was first launched in 1999 and built at an original cost of $70 million.

Globe Telecom acquired BayanTel in 2013 and 50% of ETPI in 2016, being the majority owner of Telecphil and its National Digital Transmission Network (NDTN). The NDTN backbone has a total length of 2,741 km. 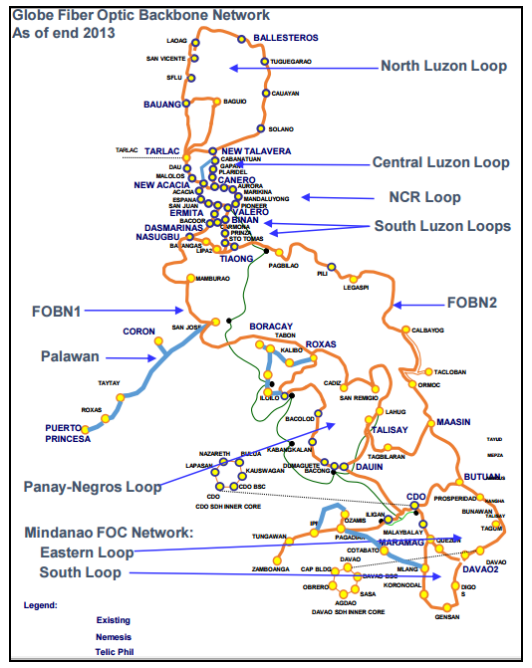