Tokyo, October 17, 2005 -- NEC Corporation today announced that it has signed a turnkey contract with Sri Lanka Telecom ("SLT") and Bharat Sanchar Nigam Limited ("BSNL") in India for the supply of the Bharat Lanka Cable System (BLCS).

The contract consists of the provision of a comprehensive set of equipment and services including marine installation, commissioning and integration on a full turnkey basis. The BLCS cable system will serve as the broadband backbone network between India and Sri Lanka on its completion in the second quarter of 2006.

The Bharat Lanka Cable System will boast 320 km of submarine cable and transmission systems, signifying one of the longest ultra-long haul non-repeated DWDM optical submarine cable systems based on NEC's advanced and reliable technologies. Initially it will have a capacity of 40 Gbit/s that will later be upgraded to 960 Gbit/s. 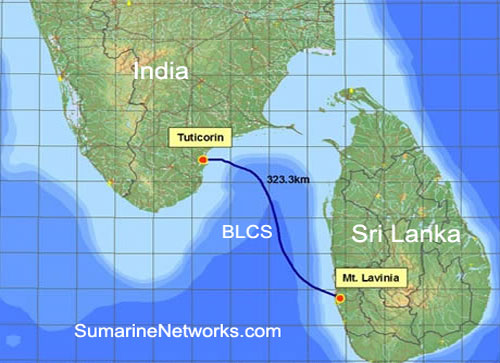 As most of the international submarine cables in South Asia end at Sri Lanka, which serves as an international gateway, SLT, the leading telecommunications operator in Sri Lanka, expects to support IP services including multimedia contents and global connectivity through the proposed cable system. Further, SLT plans to extend more affordable international private leased circuits and IDD services between India and Sri Lanka.

BSNL, the leading telecommunications operator in India, is currently diversifying its network to address the exponential growth in demand that is being fueled by the increased use of data and Internet in the country.

Upon its completion, the BLCS cable system will play an important role in providing a communication route from India via Sri Lanka to other countries across the globe including those in Asia, Europe and America, offering higher quality and a broader route selection for internet business.