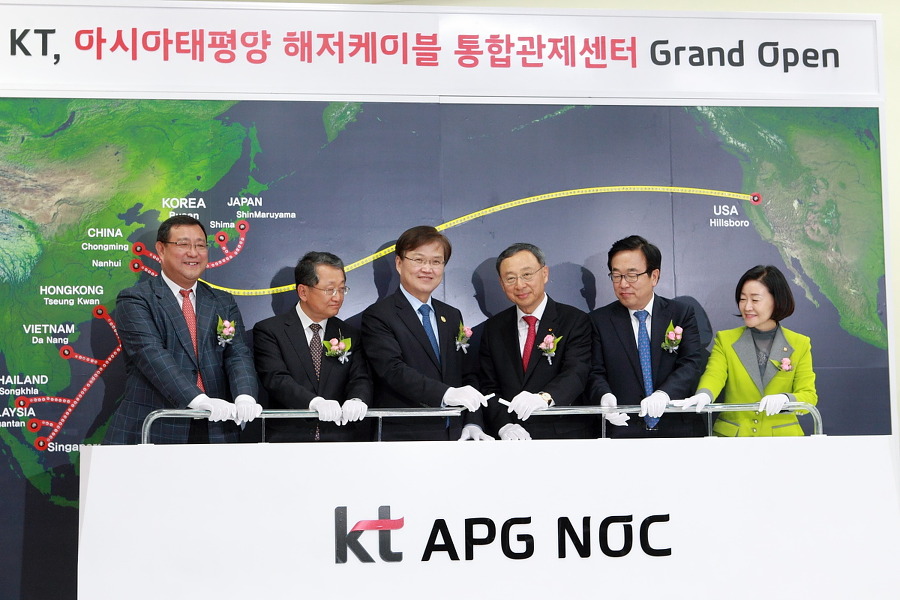 Busan CLS is one of the most importance cable landing stations in Korea. APCN-2, China Unicom, KJCN, APG and other cable system lands in Busan CLS, and the New Cross Pacific is going to land in Busan CLS as well. Busan CLS seamlessly hooks up Korea with the US, Asian countries and Russia.

With its rich experience in the operation and maintenance of submarine cable systems, KT was selected by the APG consortium members to act as the Chief Network Operation Center for APG Submarine Cable System (APG NOC ) in last year.

The opening of APG NOC as scheduled represents a commitment of KT Corporation to serve the APG consortium members in a timely manner, which is also a fundamental requirement for the APG NOC to deal with O&M issues in the future.