According to news from Time dotCom on Tuesday, Time dotCom, the parent company of Global Transit had entered into an agreement for the construction and maintenance of the Asia Pacific Gateway (APG) Cable System. Facebook, the social network giant, enlists as one of the APG cable consortium member. 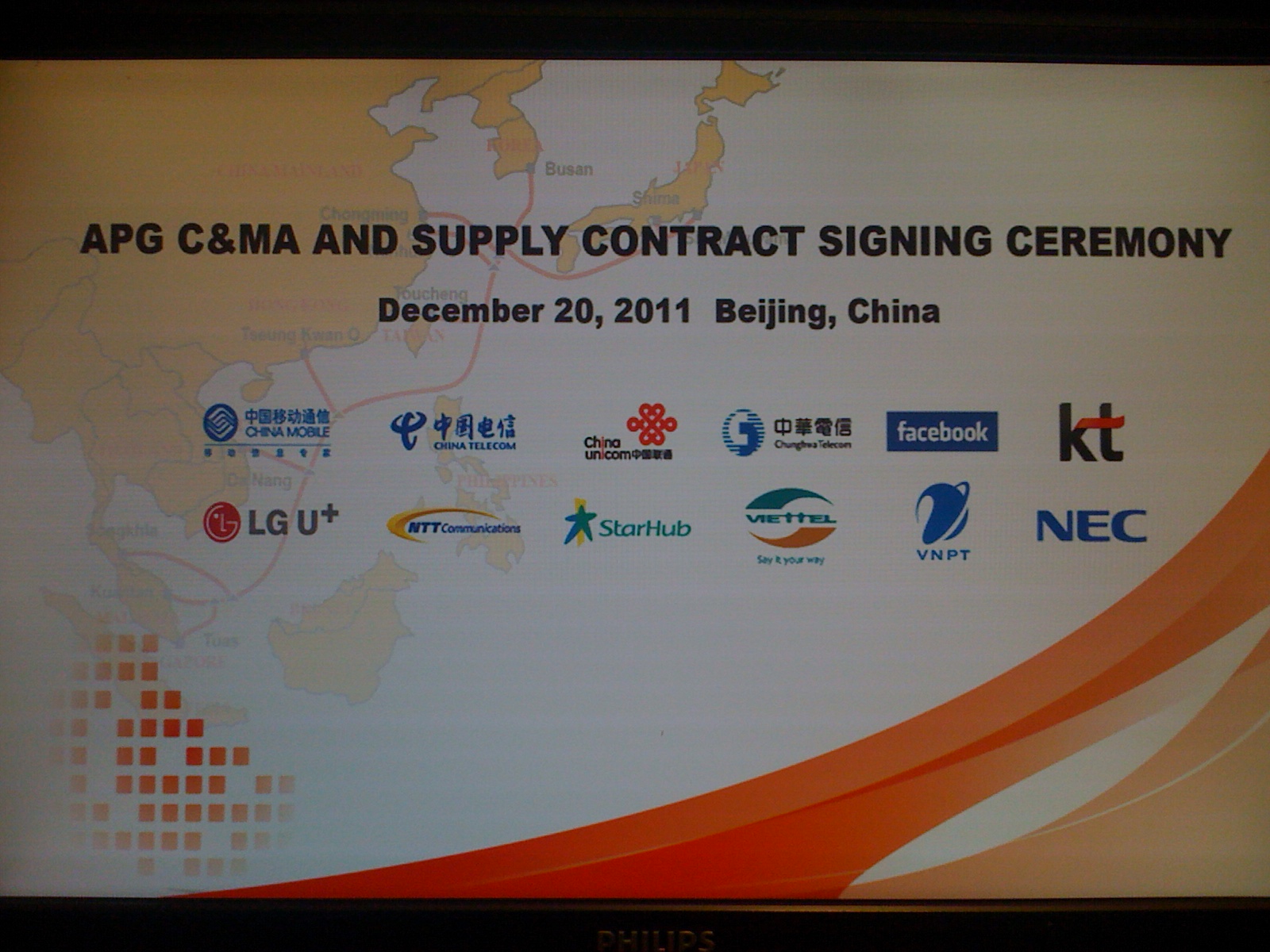 As I wrote in the Top Stories of 2011 in Submarine Cable Networks, there is an unveiling player to invest in submarine cable networks. Now, Facebook has unveiled its investment and participation in the submarine cable industry. The APG cable consortium has enrolled Facebook to make the APG C&MA into effective.

With my personal view, Facebook's seat in the APG cable consortium may result in sensitive concern for China Authority to approve the project. Facebook.com is still filtered by the great fire wall and Chinese netizens are not able to visit Facebook without technical tricks to play with the fire wall.

Now, all the unveiled is quite applausive, the effective of the APG C&MA and the enrollment of Facebook in the APG cable project and the submarine cable community.