KUALA LUMPUR, May 25, 2009 – A consortium of major telecommunications companies signed today a Memorandum of Understanding (MOU) to plan and develop the proposal to build an international undersea cable system within the Asia Pacific Region, named the Asia Pacific Gateway Cable System (APG). 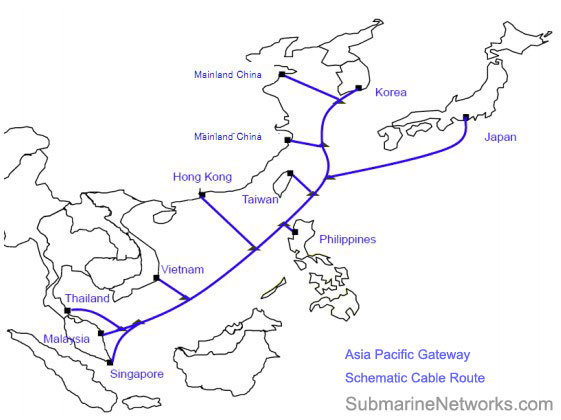 The proposed Asia Pacific Gateway will provide additional capacity for growing demand and an alternative, diverse routing within the region such that it will avoid some of the areas most prone to seismic activity, conditions which are hazardous to undersea cables.  The APG cable system will span about 8,000km and will use the latest Dense Wavelength Division Multiplexing (DWDM) technologies with a minimum design capacity of 4 Terabit/s.  It is planned to be ready for service in 2011.

The proposed cable system has the potential to provide an alternative route and/or restoration paths to existing cable systems in Asia as it is designed to provide a high degree of inter-connectivity with existing and planned high bandwidth systems.