The Asia Pacific Gate (APG) submarine cable system has been finally launched for service as of Oct. 28, 2016.

With a total length of 10,400 km, the APG cable network leverages 100Gbps optical transmission capabilities and digital coherent technology to deliver a capacity of more than 54 Tbps, the highest of any network in Asia. The cable routing avoids areas prone to earthquakes and typhoons, and has connectivity points in Mainland China, Hong Kong, Taiwan, Japan, Korea, Malaysia, Singapore, Thailand and Vietnam.

The APG project kicked off in 2009, earlier than ASE and SJC on similar routes. ASE and SJC have been launched for service in August 2012 and June 2013 respectively. 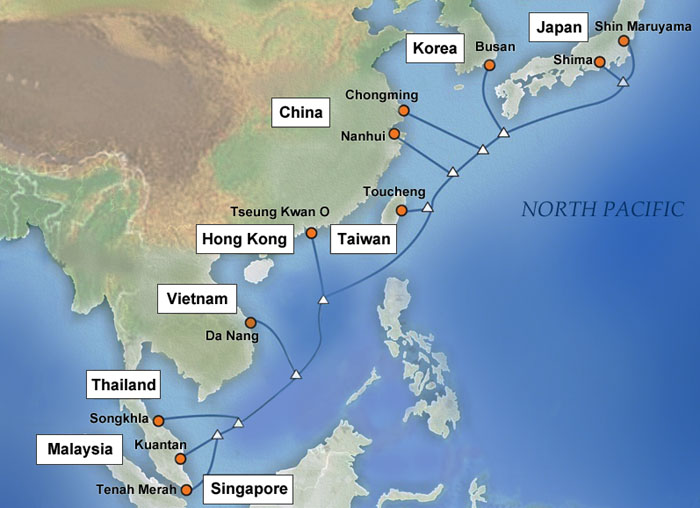