The West Africa Cable System (WACS) is a 14530km submarine cable system connecting 15 countries, starting from South Africa and ending in London. WACS was supplied by ASN, and completed in 2012.

The Yzerfontein CLS for WACS serves an alternative international submarine gateway othar than the Melkbosstrand CLS for SAT-3/WASC, both in Western Cape Town, South Africa. 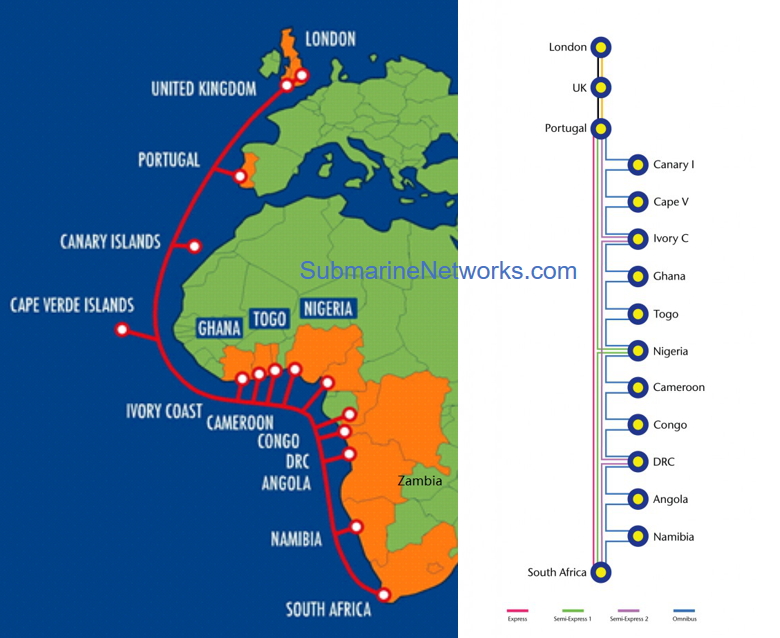 WACS was supplied by ASN, and completed in 2012. The initial investment of WACS is about US$650million