The Equiano cable will start in Portugal in western Europe, run more than 12,000km along the West Coast of Africa and initially land in Lomé, Togo; Lagos, Nigeria; Swakopmund, Namibia; Rupert’s Bay, Saint Helena and Melkbosstrand, South Africa; establishing a valuable new high-capacity connection between the African continent and Europe.

Named after Nigerian-born writer and abolitionist, Olaudah Equiano, the Equiano cable is state-of-the-art infrastructure based on space-division multiplexing (SDM) technology, with 12 fiber pairs and a design capacity of 144Tbps, approximately 20 times more network capacity than the last cable built to serve this region. The Equiano cable will help support further digital transformation in Nigeria. 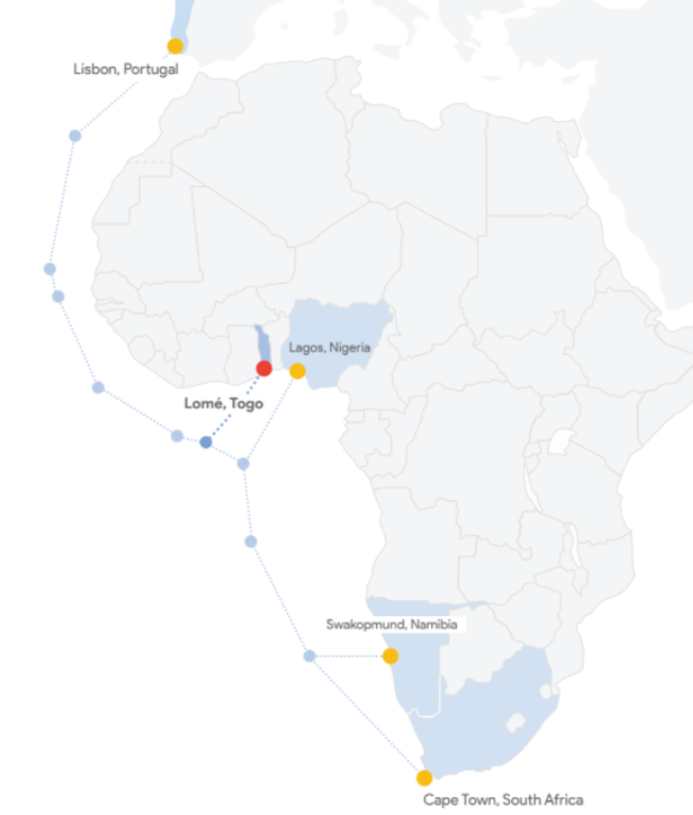 WIOCC (West Indian Ocean Cable Company), selected by Google as the landing partner for the Equiano cable in Nigeria, lands the cable directly into the OADC Lagos data centre. From there it will be extended to other data centres across Lagos. The Equiano cable will deliver improved internet quality, speeds and affordability to the people of Nigeria. However, for the benefits to be fully felt throughout Nigeria, hyperscale connectivity needs to be extended from the Lagos area to the rest of the country. To make this happen, WIOCC is also deploying a comprehensive, hyperscale national fibre network. The network will go live in phases, starting in June and continuing through to the end of the year. When combined with the Equiano cable this network will deliver transformational benefits across the country.

WIOCC launched its new subsidiary Open Access Data Centres (OADC) in late 2021, with an initiative to build its first two data centre facilities in Africa’s largest markets, Lagos, Nigeria and Durban, South Africa, as part of a US$500million of investment into data centre deployment in Africa in five years.

Prior to the landing in Lagos, the Equiano cable landed in Lomé, Togo in March, marking its first stop in Africa.