The ACE cable system (Phase I) was ready for service in December 2012, supplied by ASN. 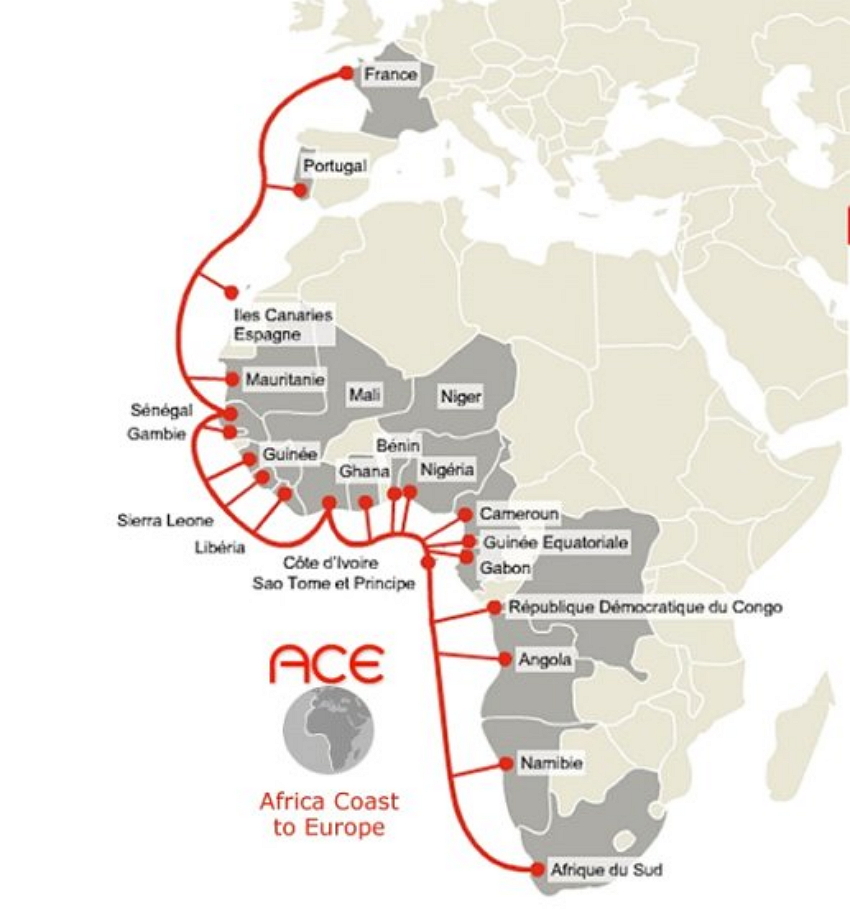