RETN recently announced the completion of an upgrade of its TRANSKZ Europe-Asia terrestrial route running through Kazakhstan. Due to the recent upgrade to 100G, RETN became the only European provider to deliver a fully owned high-speed terrestrial connectivity solution between key markets in Europe and Asia (Hong Kong, Tokyo, Seoul). 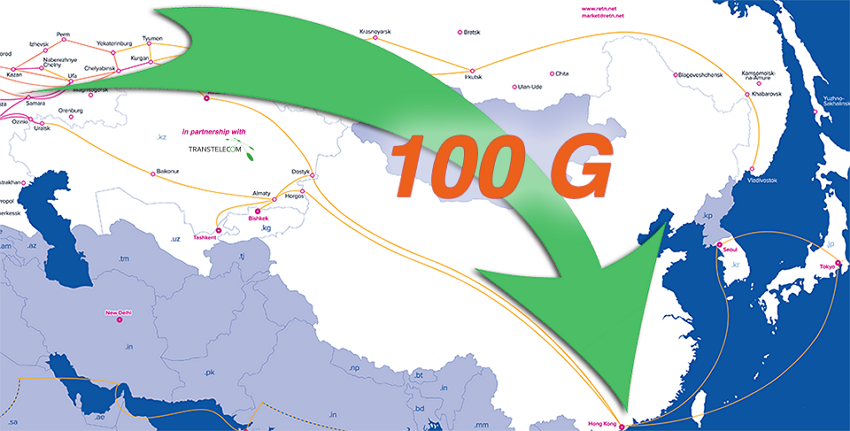 The terrestrial route linking Europe and Asia, TRANSKZ, was launched in 2016 in partnership with Transtelecom JSC, one of the largest communication operators in the Republic of Kazakhstan, and offers low latency and protected services between all major European markets to China and Hong Kong.

“We are continuing to build out RETN’s network footprint in Asia in order to fulfil customer needs on a global scale. Having established ourselves as a leading European provider with an exceptional network coverage in Eastern Europe, Russia and former CIS countries, we are now the natural choice for reliable and secure data services between Europe and Asia,” said Daniel Sjöberg, CMO at RETN.

Tony O’Sullivan, COO at RETN, comments on the upgrade: “This upgrade provides secure and seamless access at bandwidths from 1Mbps to 100Gbps to our customers. The optimised route enables carriers, ISPs, OTT and content providers to scale up in line with the growing volumes of data coming to/from China, Japan and South Korea, in addition to our large installed base of enterprise customers already successfully utilising this unique route. The terrestrial route is seamlessly connected to RETN’s European backbone and is fully controlled and managed by RETN, ensuring customer data is delivered to the end-user with optimal RTDs and unparalleled levels of protection, resiliency and network integrity. We will be working further to support the demand for high-quality and scalable terrestrial solutions to connect East Asia, Europe and the Central Asian economies in line with our philosophy of delivering tomorrow, today, globally”.