According to GlobeNet,  it plans the deployment of a new 2,500 km submarine cable that will link Rio de Janeiro and Sao Paulo to Buenos Aires. This new infrastructure will connect Argentina to the GlobeNet network in Brazil, effectively linking the Southern Cone of South America to the United States and the world. 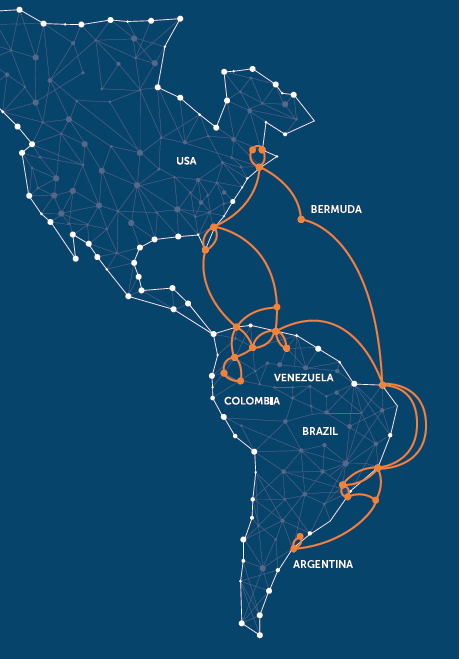 GlobeNet’s latest expansion is set to attract OTTs, cloud providers and carrier customers looking to enhance their reach throughout the region.

“Our submarine cable, designed to satisfy low latency and high capacity demands, will be the first new route to provide direct connectivity from Argentina to Brazil and the United States since 2001,” says Eduardo Falzoni, CEO of GlobeNet. “As a result, individuals and enterprises in the Southern Cone will be able to enjoy unparalleled capabilities when streaming content, accessing cloud services and interconnecting with data centers all over the world”.

GlobeNet has been making extensions and continuous upgrades to its network infrastructure since the inception of its flagship 23,500 km submarine cable system; the company recently announced a new level IV data center in Barranquilla , Colombia as well as a new central interconnection point (IPX) for the Brazilian Network Information Center (NIC.br) at GlobeNet’s Internet Exchange Point in Fortaleza, Brazil that hosts the most important national Internet’s infrastructure in the North and Northeastern Region of Brazil.

The new subsea cable system will use the latest technology and feature a state-of-the-art design for the best architectural configuration. It will connect GlobeNet’s cable landing station in Rio de Janeiro to Sao Paulo via a landing point in nearby Praia Grande, and to Buenos Aires via a landing point in Las Toninas, a coastal town southeast of the Argentinian capital. The new cable system will be ready for service in the first half of 2020.