Sparkle and Ciena announced on Monday the upgrade of Sparkle’s fiber pair on the Curie submarine cable system connecting Chile to the US. The upgrade was deployed with Ciena’s WaveLogic 5 Extreme (WL5e), the industry’s first 800G programmable solution, resulting in an ultimate capacity of up to 19Tbps on Sparkle's fiber pair on the Curie cable system, using 400Gbps and 450Gbps wavelengths, operating at 95Gbaud.

Telecom Italia Sparkle acquired from Google one fiber pair on Google's Curie submarine cable system, which consists of a total of 4 fiber pairs and spans 10,476km connecting Equinix LA4 data center in Los Angeles, the US, and Valparaíso in Chile.  The Curie cable system is the first private intercontinental cable invested by Google, and the first new cable to land in Chile in almost 20 years.

Ready for next-generation router architectures, WaveLogic 5 Extreme allows the ubiquitous deployment and efficient 400GbE client connect at any distance, from across the metro to across the Pacific.

According to Ciena, when the Curie cable system was ready for service in 2019, it was deployed with the latest coherent technology at the time –  Ciena's WaveLogic Ai solution, which resulted in 14.2Tbps of fiber capacity over a submarine cable of more than 10,000km, using 200Gb/s wavelengths.

In the upgrade, Sparkle selected Ciena's WaveLogic 5 Extreme product, operating at 95Gbaud, resulting in 19Tb/s of fiber capacity using 400G and 450G wavelengths, increasing the fiber capacity by 33.8% with the Ciena’s new GeoMesh Extreme technology powered by WL5e. In addition, through Ciena’s Manage, Control and Plan (MCP) domain controller, Sparkle will be provided with real-time intelligence and visibility to help its network proactively identify connectivity issues.

Curie is a major addition for Sparkle, as it expands Sparkle's American backbone with direct Chile to U.S. connectivity. Ciena's WaveLogic 5 pushes the envelope and helps Sparkle with network evolution plans to continue supporting next-generation applications that require endless bandwidth.

Sparkle’s upgraded network opens a new connectivity route to Chile and enables its customers to have faster, more reliable bandwidth as they stream content and use the cloud. 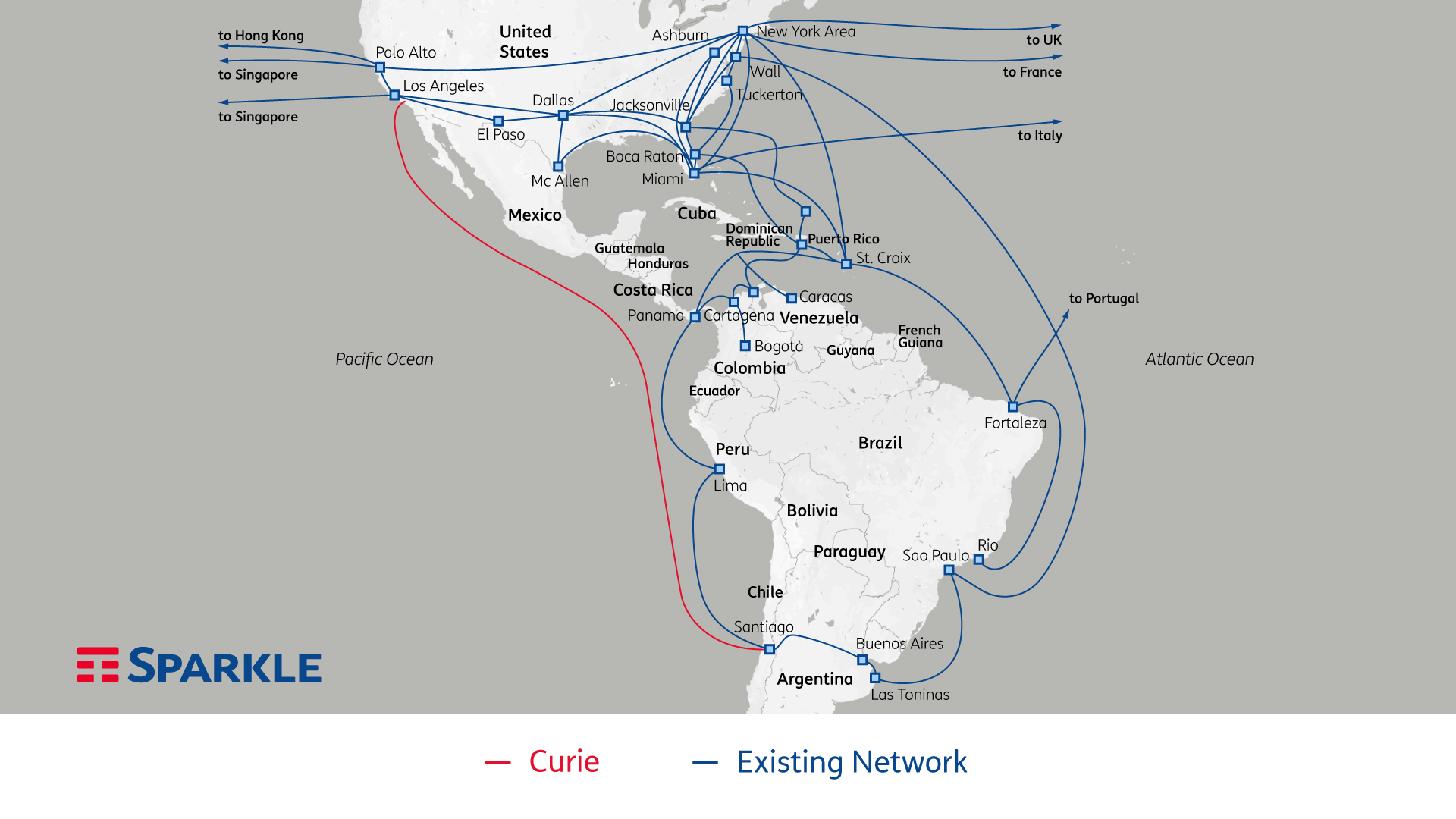