Equinix's South Florida data centre has been selected by Monet Submarine Cable investors to be the cable landing station for Monet subsea cable system between Miami and São Paulo. Monet cable system is invested by Brazilian Algar Telecom, Angola Cables, Uruguay’s Antel and Google. Google is the landing party for Monet in the US and Praia Grande in Brazil. 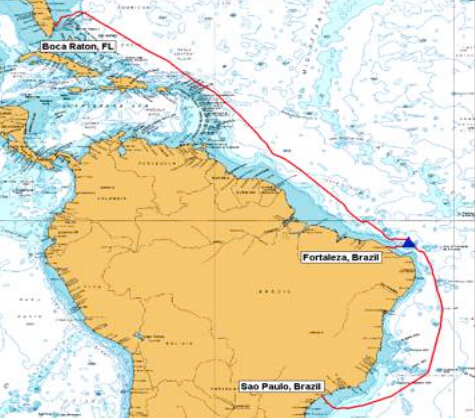 Equinix’s South Florida data centre and interconnection hub will anchor the new submarine cable between North America and Brazil, which is being hailed as a “next-generation digital gateway to Latin America”, helping to increase connectivity and provide an ultra-low latency path.

By offering direct connectivity to the Monet cable system and the possibility of a low latency route between São Paulo and Miami, Equinix can support the needs of key global customers looking to expand in the region.

Monet cable system is expected to be completed in 2017.