According to Telxius, the11,000 km BRUSA submarine cable system linking Rio de Janeiro and Fortaleza (Brazil) with San Juan (Puerto Rico) and Virginia Beach (USA), is now open for business. With its ultrafast transmission capacity reaching up to 138 Tbps, BRUSA is the highest capacity subsea cable connecting the Americas. 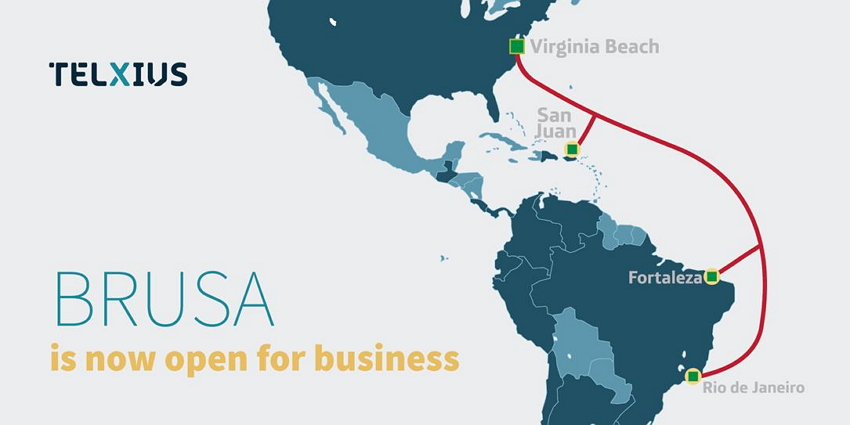 BRUSA is fully owned and operated by Telxius, and it connects America to Europe via the highest capacity cable to ever cross the Atlantic: MAREA. These two next-generation submarine cable systems share the same landing point at Virginia Beach with redundant cable landing stations, providing a robust solution to customers and a route-diverse backhaul to Ashburn (VA) a key strategic point  with the most dense concentration of data centres in the world.

Thus, the BRUSA and MAREA cable systems create opportunities to connect people, continents and business needs from both sides of the Atlantic and the Americas.

The MAREA cable system has been put into service since May, 2018.