"The landing station, backhaul and POP to be provided by Telecom Argentina are perfect complements to our ARBR and Seabras-1 systems, enabling customers on ARBR to benefit from the most modern and direct route between Buenos Aires and New York," said Larry Schwartz, Chairman & CEO of Seaborn Networks.

"ARBR represents an ideal combination of local ownership with an independent operator to open up Argentina's telecommunications market to the world," said Dario Werthein of Grupo Werthein.

Construction of the ARBR cable is scheduled to commence in 2018 and to be completed in 2019. 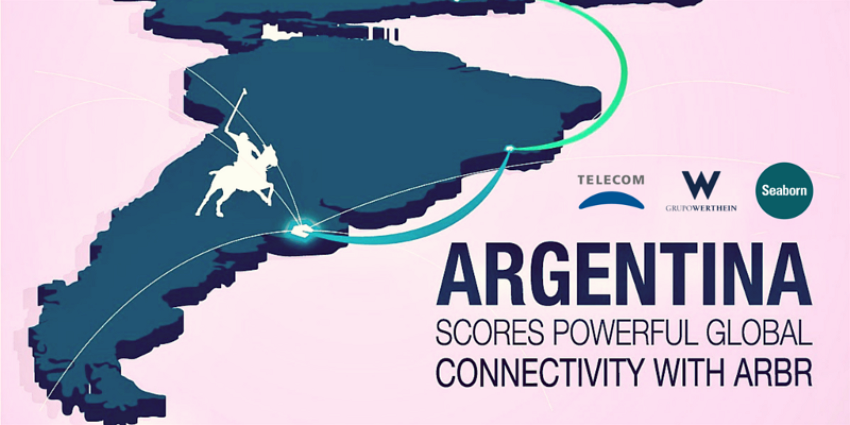 Telecom Argentina is one of the Argentina´s leading telecommunication companies that was born from the union of two large Argentine companies: Telecom and Cablevisión. This new company keeps transforming the digital experience of its customers by offering a secure, flexible and dynamic service, in different kind of devices, with fixed and mobile high-speed connections, through an integrated content platform. With a strategic plan focused on the deployment of state-of-the-art technology and unified systems, the Company is investing US$ 5,000 million between 2018 and 2020 to consolidate a better and more sustainable infrastructure. Through its commercial brands, Telecom Argentina offers fixed and mobile telephony, data transmission, pay television and Internet services for individuals, companies and governments throughout the country. Telecom also offers mobile service in Paraguay and pay television in Uruguay.

Grupo Werthein is one of the largest business groups in Argentina, with investments in numerous industries such as Telecommunications, Insurance, Consumer Goods, Agro-Industry, Energy and Wine. For 107 years, Grupo Werthein have been building companies, contributing to Argentina's development and working to build a better future. For additional information, see www.grupowerthein.com.