The AMX-1 Cable System is a private cable owned by America Movil and its eight subsidiaries, supplied by ASN.

Construction of the AMX1 Cable System began on February 23, 2011, and completed in December 2013.

The AMX-1 Cable System design is optimized for 100G transmission, with an ultimate trunk capacity of over 50 Tb/s.

Spanning over 17,500km, from the US to Central America and Brazil, the AMX-1 Cable System enables América Móvil to provide international connectivity to all its subsidiaries, leading towards a new era of service creation and innovation for all its customers. The cable could create new wholesale bandwidth opportunities for America Movil whereby they could sell capacity to Latin American operators looking for connections into the U.S. and U.S. providers needing connectivity into the Central and South America region. 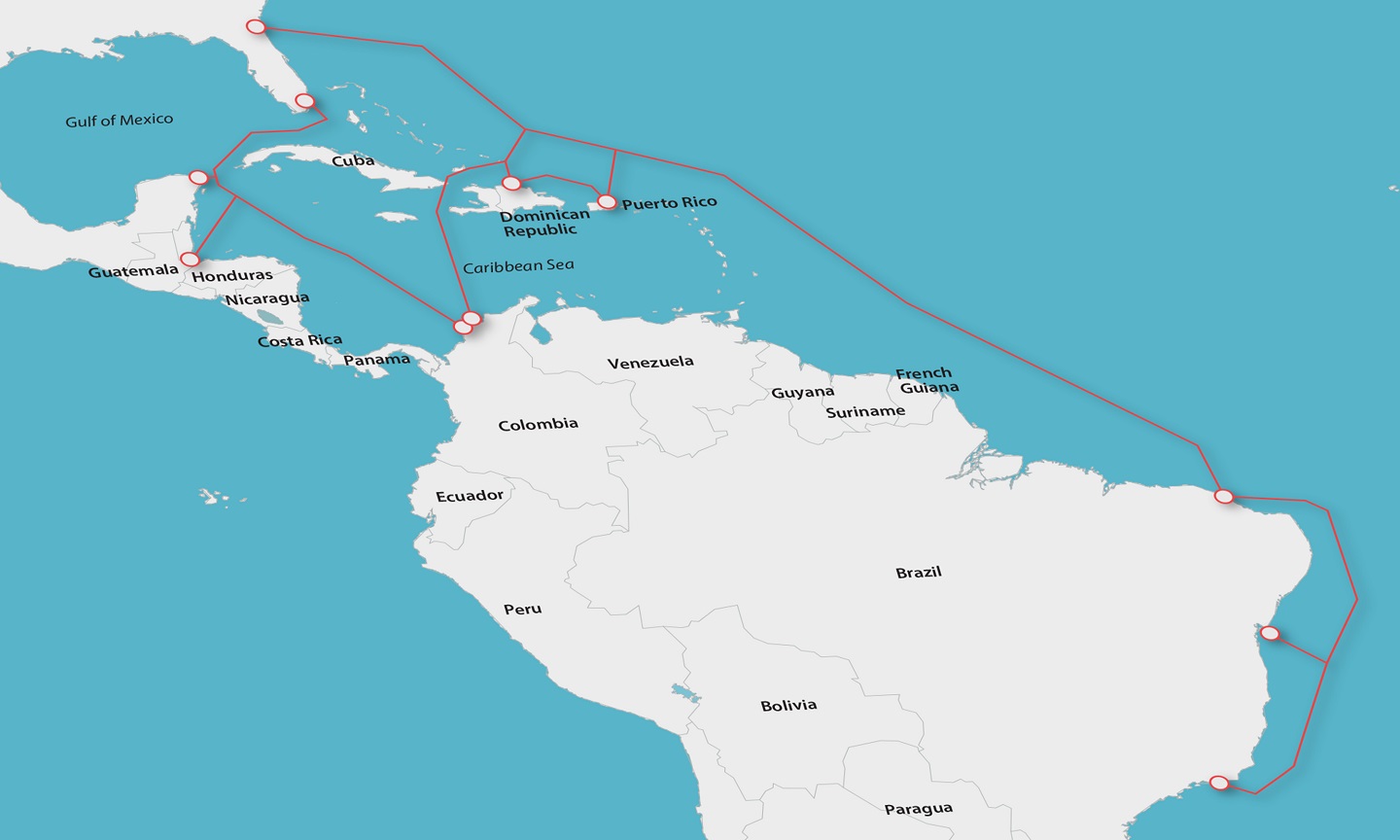