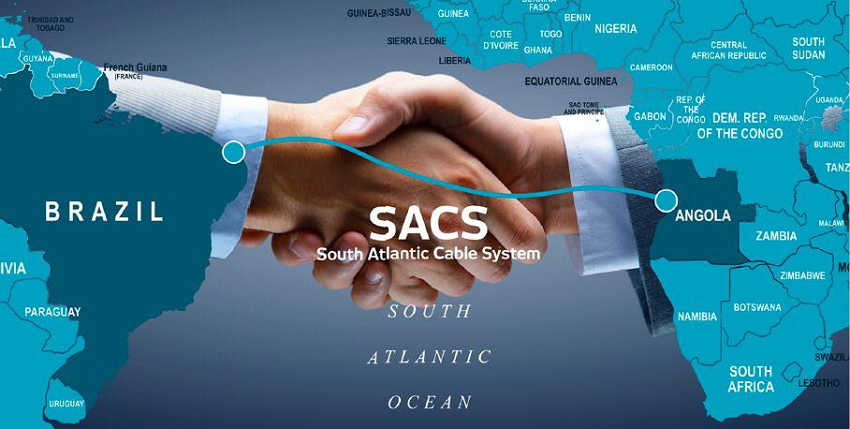 Angola Cables announced the South Atlantic Cable System (SACS) had been fully operational and open for commercial traffic since September 26th, 2018. Angola Cables' SACS and Monet cable systems form a new digital information highway which is the first and fastest link between Africa and the Americas with the lowest latency and will provide a more direct routing for internet traffic in the Southern Hemisphere. With WACS, Monet and SACS cable systems, Angola Cables delivers 163ms latency between Cape Town and Miami.

The Angola Cables owned SACS has been manufactured and powered by NEC Corporation and is one of the most advanced submarine telecommunications systems to go into commercial operation connecting Angola (Africa) and Brazil (South America).

Data transfer speeds will be greatly improved (five times faster than existing cable routings), reducing latency from Fortaleza (Brazil) to Luanda (Angola) from 350ms to 63ms. Luanda will also connect to London and Miami with approximately 128 milliseconds latency. These two major content hubs, will position Angola as a strategic point to serve the transatlantic region with low latency and resilient connections.

Given the onward connections to the recently completed Monet Cable and the West Africa Cable System (WACS), SACS will also offer reduced latency between Miami (USA) and Cape Town (South Africa) from 338ms to 163ms.

SACS offers a high quality of service and improved latency of up to 60% over current routing options. The cable will also contribute to reductions in data traffic costs between South America and Africa, offering savings to operators that in turn, could be passed onto end-users and customers.

António Nunes, CEO of Angola Cables said that the commercialisation of the cable is ‘more than just a game-changer’ when it comes to data connectivity and services between the two continents. It is estimated that direct communications between Africa and the Americas will generate multiple advantages worldwide for internet service providers (ISP’s), Cloud Service Providers (CSP’s) and Over the Top Content Providers (OTT’s) making use of these connections.

SACS is a new thoroughfare for data between networks, major content providers and some of the fastest growing markets for data consumption.

“Our ambition is to transport South American and Asian data packets via our African hub using SACS, and together with Monet and the WACS, provide a more efficient direct connectivity option between North, Central and South America onto Africa, Europe and Asia. By developing and connecting ecosystems that allows for local IP traffic to be exchanged locally and regionally, the efficiency of networks that are serving the Southern Hemisphere can be vastly improved. As these developments progress they will have considerable impact for the future growth and configuration of the global internet,” says Nunes.

The commissioning of the SACS cable is a gigantic leap forward in trans-Atlantic connectivity and will have a profound impact on global digital connectivity and is expected to fast-track commercial activity in the ICT sectors, and stimulate the emerging economies in Latin America and Africa.

The cable will enable African internet service providers and users a more direct, secure path to the Americas – without having to pass through Europe. Content service providers in Latin America will also stand to benefit with the option of using the SACS route to reach markets in Africa and Europe without utilizing the traditional and high volume, Northern Hemisphere internet traffic routings.

SACS is 100% owned and managed by Angola Cables has been designed with 100Gbps coherent WDM technology on an end-to-end solution. With 4 fiber pairs it offers a total design capacity of 40 Tbit/s between Fortaleza (Brazil) and Luanda (Angola). 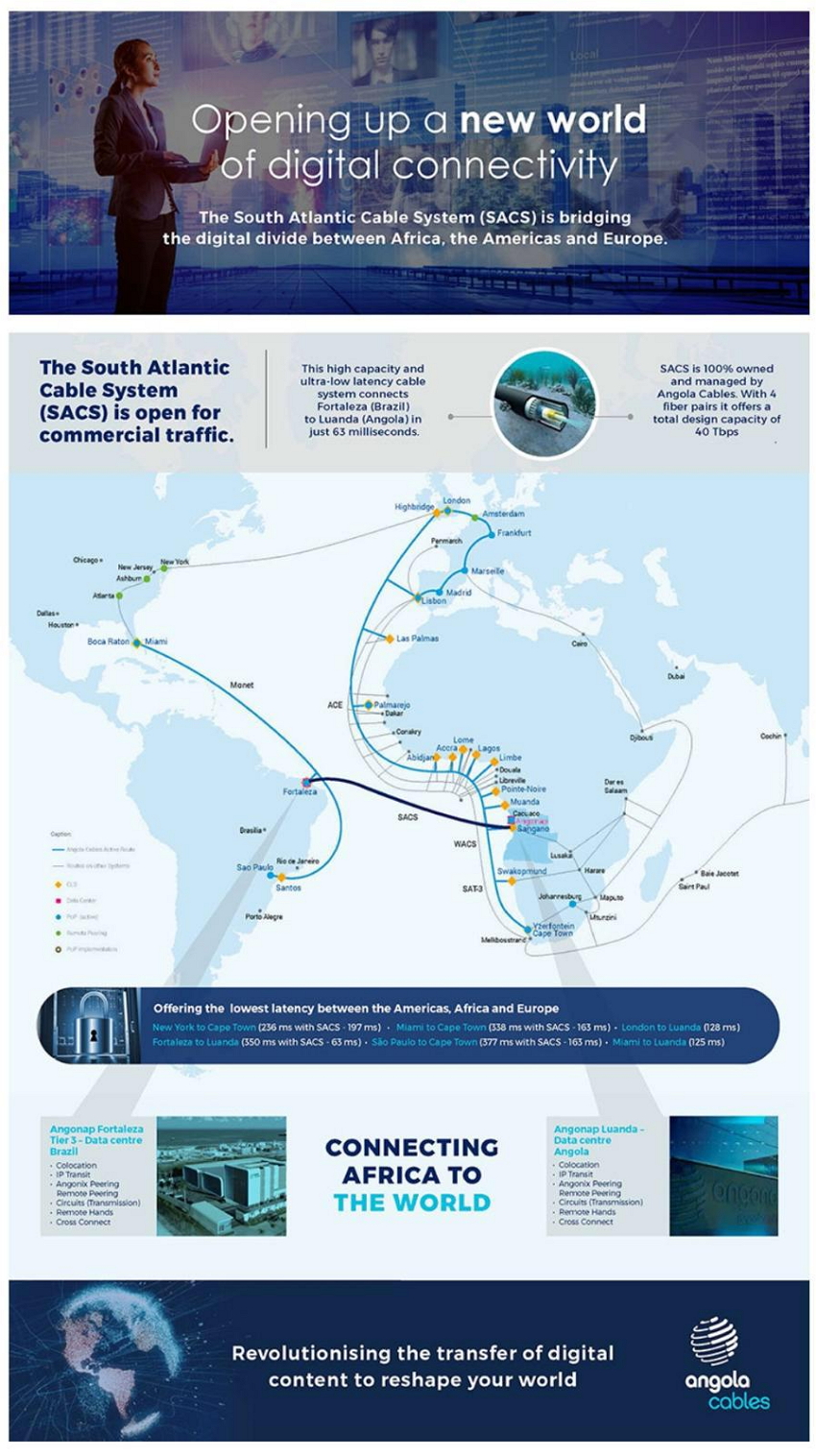