This SEA-ME-WE 6 (SMW6) cable system will enhance Mobily’s global network connectivity and offer one of the lowest latencies available between Southeast Asia, the Middle East, and Western Europe, transferring more than 100 terabits per second. Furthermore, it will create an additional layer of network diversity and resiliency for the heavily loaded traffic from the Middle East toward Europe and Asia. 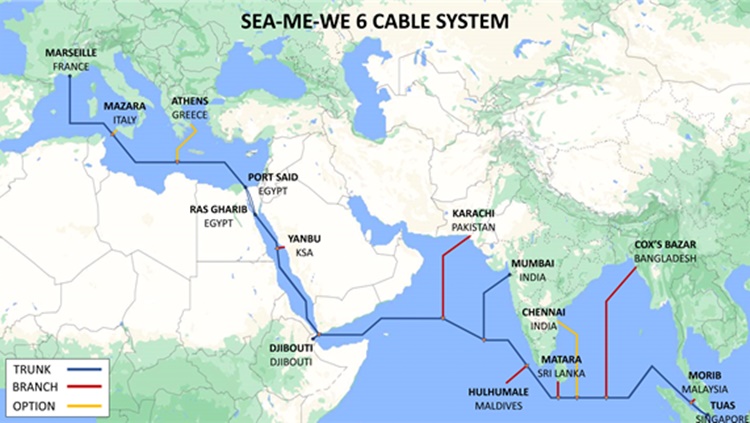 This announcement comes in line with Mobily's effort to enable the digital transformation journey of the Kingdom’s Vision 2030 by empowering businesses with reliable infrastructure and stronger, far-reaching connectivity to provide digital services that are on par with international standards.

The SEA-ME-WE 6 submarine cable will land at Mobily’s new international cable landing station in the city of Yanbu. Its strategic red sea location, nearby Data Centres and Saudi Vision 2030 projects, positions it as one of the key cable landing sites for Saudi Arabia and the region.

In addition to be landing party in Saudi Arabia for SEA-ME-WE 6, Mobily is a member of the Africa-1 consoritum and has landed Asia Africa Europe (AAE-1) at its cable landing station in Jeddah.