Sri Lanka Telecom (SLT) has achieved the SEA-ME-WE 5 full landing at the Matara cable landing station. With an investment of $40 million in the SEA-ME-WE 5 submarine cable system, SLT is making Sri Lanka future ready through reliable connectivity to the world.

SLT had already landed the SEA-ME-WE 5 west cable extending from France and the east cable from Singapore at the Matara cable landing station, with the SEA-ME-WE 5 project expected to be completed by November this year.

With the completion of the SEA-ME-WE 5, SLT would be in a position to provide massive increase in communications capacity, which will be available to support growth in Sri Lanka and other member countries. 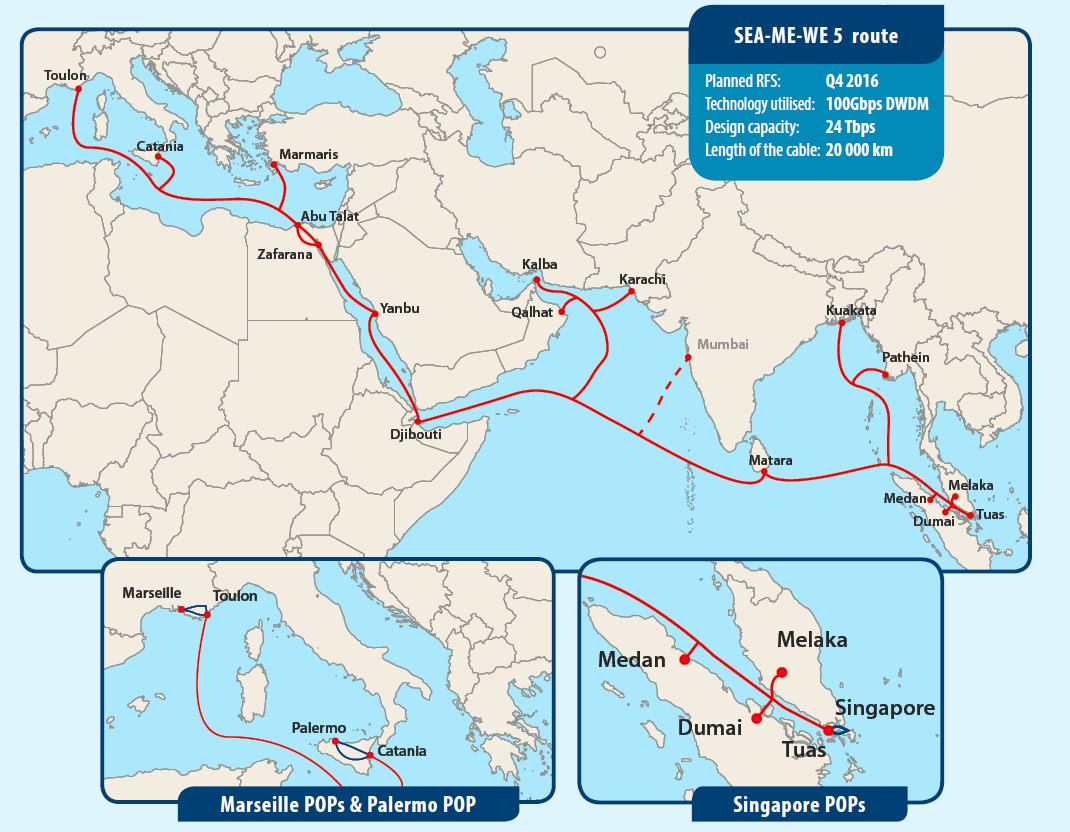 The SEA-ME-WE 5 submarine cable system spans approximately 20,000 km cost $600 million, while offering POP-to-POP (Point of Presence) solutions from Singapore to Europe via France and Italy. The system connects 18 countries and serves as a new platform for the future development in the ICT industry.

SLT partnered with SEA-ME-WE consortium from the inception and currently SLT connects globally via SEA-ME-WE 3, SEA-ME-WE 4 and two other private cables to India and Maldives. The landing stations for SEA-ME-WE 4 and 3 are located at Colombo and Mount Lavinia respectively via branch connectivity.

Although construction of the cable commenced in September 2014, Sri Lanka marked the arrival of this multi-regional superhighway on 1 February with the opening of the cable-landing station for SEA-ME-WE 5 in Matara.

The SEA-ME-WE 5 plays a pivotal role in developing the country's ICT industry as well as serving Sri Lanka join the ranks of advanced and developed nations around the world.

As Sri Lanka has been offered the 'full landing' status by SEA-ME-WE 5 consortium, it will pave the way to establish a Global POP in Sri Lanka in the future.

The conceptualisation of the new submarine cable system evolved around the capacity requirements of inter-continents to support the next generation of internet applications, which come from every part of the world.

The SEA-ME-WE 5 is designed to provide upgradable transmission facilities by adopting the latest state-of-the-art multiple 100 Gbps technology and when fully loaded, the cable system is capable of carrying a total 24 terabytes per second.