According to The Daily Star, Bangladeshi government signed on Monday a Tk 340 crore ($44 million) loan contract with Islamic Development Bank (IDB) for the construction of SEA-ME-WE 5 (SMW5), the second submarine cable linking Bangladesh. Bangladesh Submarine Cable Company Ltd (BSCCL) is a member of the SMW5 Consortium which signed a construction and maintenance agreement in March.

“We had been trying to get the loan for the last couple of years and finally the contract was signed,” said Monwar Hossain, managing director of Bangladesh Submarine Cable Company Ltd (BSCCL).

The $44 million from IDB is subject to a rate of interest at LIBOR+1.35 percent and the loans will have to be repaid in 13 years.

“As Myanmar has become a member of the consortium we are paying $10 million less for the branch cable,” Hossain said.

The country's internet bandwidth is now approximately 200 Gbps, which will be increased by sevenfold with BSCCL's entitlement capacity on SMW5.

The SMW5 cable will offer diverse to the current sole SMW4 undersea cable. BSCCL will construct a new cable landing station at Kuakata in the southern district of Patuakhali. While the first undersea cable's landing was in Cox's Bazar. 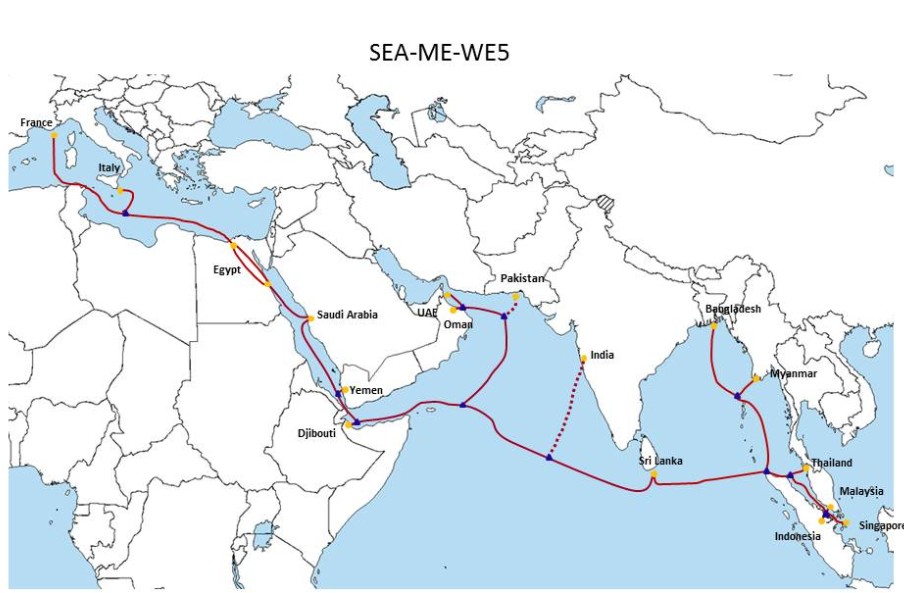