The first phase of the PEACE cable system spanning 6,200 kilometers in length will link Pakistan (Gwadar and Karachi), Djibouti, Somalia and Kenya. The second phase will provide the extended option to South Africa and Europe with a total length of about 13,000 km. The PEACE submarine cable system based on 200G DWDM technology, will provide up to 60T design capacity. The PEACE system will provide a new information expressway for the interconnection among Asia, Africa and Europe by connecting with the existing land and subsea cables, greatly reducing the route length and latency between Chine-Africa and China-Europe. 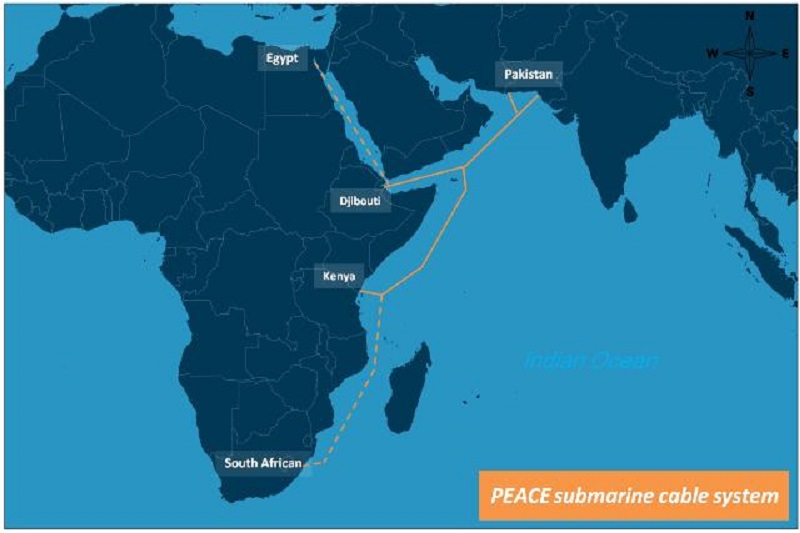 He Liehui, chairman of Tropic Science, expressed his satisfaction with the progress of the project: "Huawei Marine has demonstrated its ability to plan and implement complex telecom infrastructure projects and we believe this system will become an important infrastructure for Asian, African and European inter-continental communications and promote economic development of the regions."

Mao Shengjiang, COO of Huawei Marine, said: "It is a great honor for us to collaborate with Tropic Science in the construction of this submarine cable. When completed, PEACE Submarine Cable System will greatly facilitate the communication between China and Africa. I believe Huawei Marine can efficiently deliver high-quality completion of the next stage."