Telecom Egypt (TE) announced on Monday it has concluded the acquisition of the Middle East and North Africa Submarine Cable (MENA Cable) from Orascom Investment Holding (OIH) through its subsidiary Egyptian International Submarine Cable Company (EISCC) at a total value of $90 million. The acquisition of MENA cable system was approved by its Board of Directors in May 2018. 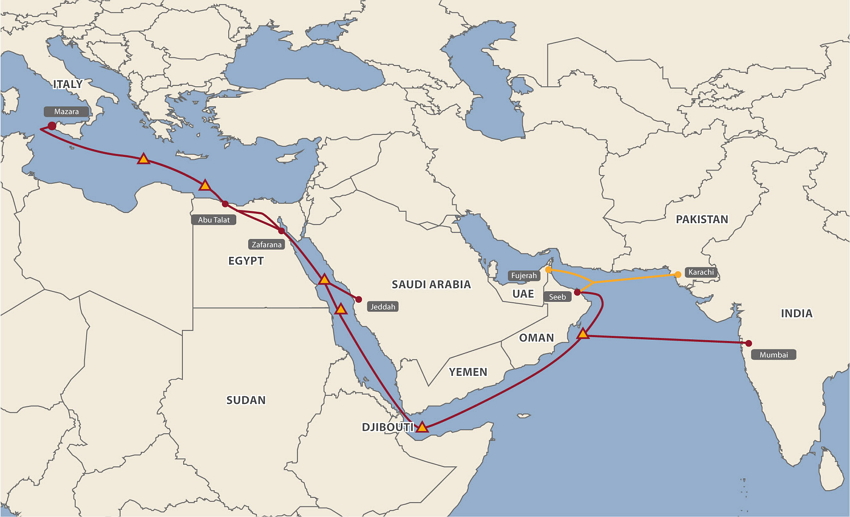 EFG Hermes acted as the brokerage company for executing the transaction on Telecom Egypt’s side.

“The decision to acquire MENA Cable is a result of our vision to achieve a short-term return from this transaction capitalizing on the growing data demand from India,” managing director and CEO of TE Ahmed El Beheiry commented.

Telecom Egypt expects to formalize the partnership with Airtel into an agreement soon, which will enable Telecom Egypt to recover all of its investment in MENA Cable.