The Europe-Persia Express Gateway (EPEG) is a 10,000km fibre optic cable system providing Eurasia connectivity between Europe and the Middle East, bypassing Egypt. The EPEG cable offers route diversity from Frankfurt in Germany, across Slovakia and Czech Republic on one route, Austria and Hungary on the other route to reach Kyiv in Ukraine, through Russia, Azerbaijan, Iran and the Persian Gulf to Barka in the Sultanate of Oman. 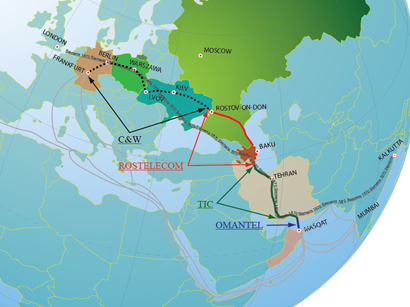 The total cost of the EPEG cable system is about US$200 million.

The EPEG was put in operation in December 2012.