The ALEXANDROS cable spans about 3600km, and lands at:

The ALEXANDROS subsystem is the result of the strategic co-operation agreement between Cyta and Telecom Egypt (TE), according to which Cyta participates on an ownership basis in the ΤΕ submarine cable system TE North, connecting Egypt with France. The TE North cable system has been constructed by Alcatel-Lucent and utilises eight fibre pairs with total capacity of more than 10Tbps. The TE North cable system is equipped with branching units which enable it to be extended to selected countries in the Mediterranean, thus creating a communication bridge between these countries, Europe, Africa, and Asia, as well as business opportunities in the Mediterranean and Eurasia. Under the agreement, the TE North cable system has been extended to Cyprus via a direct branch and Cyta has acquired separate fibre pairs between Cyprus-Egypt and Cyprus-France, each with 96x10Gbps total capacity. The agreement also allows for an option of extending ALEXANDROS subsystem to Greece. 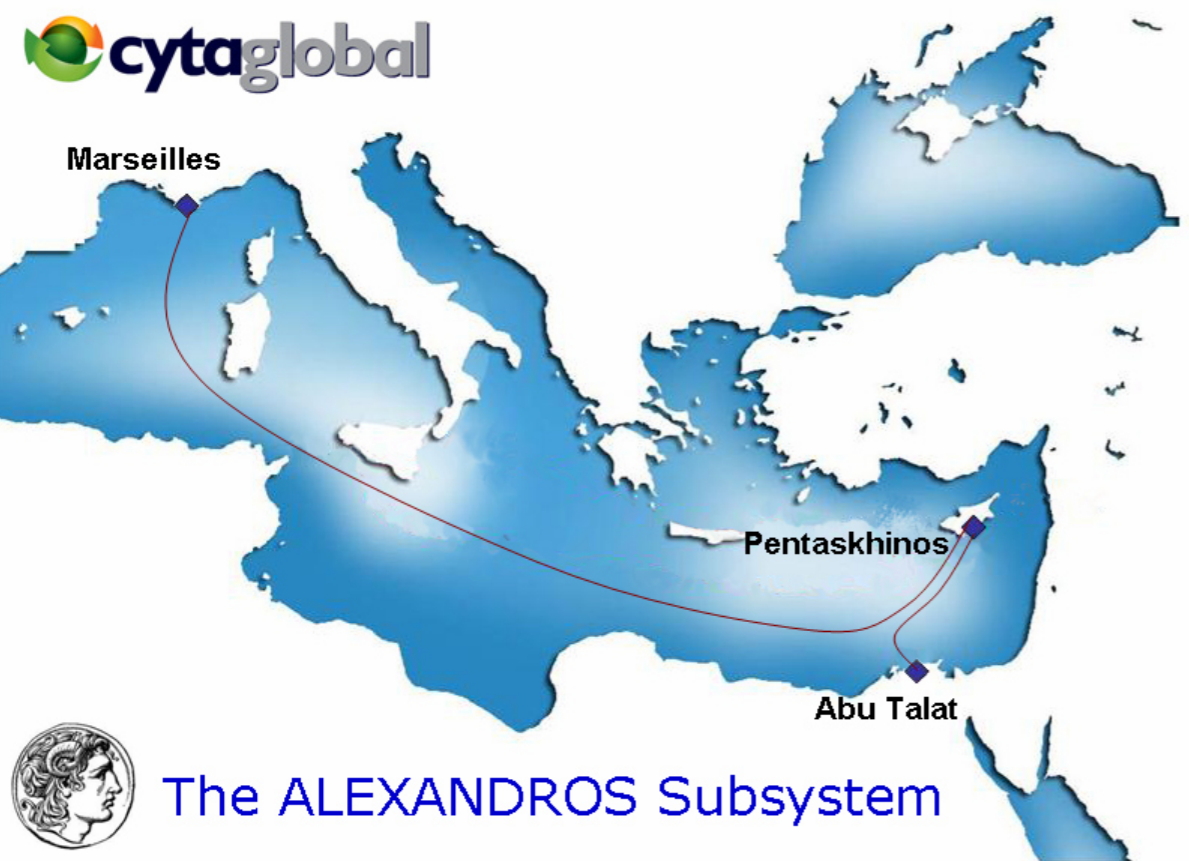