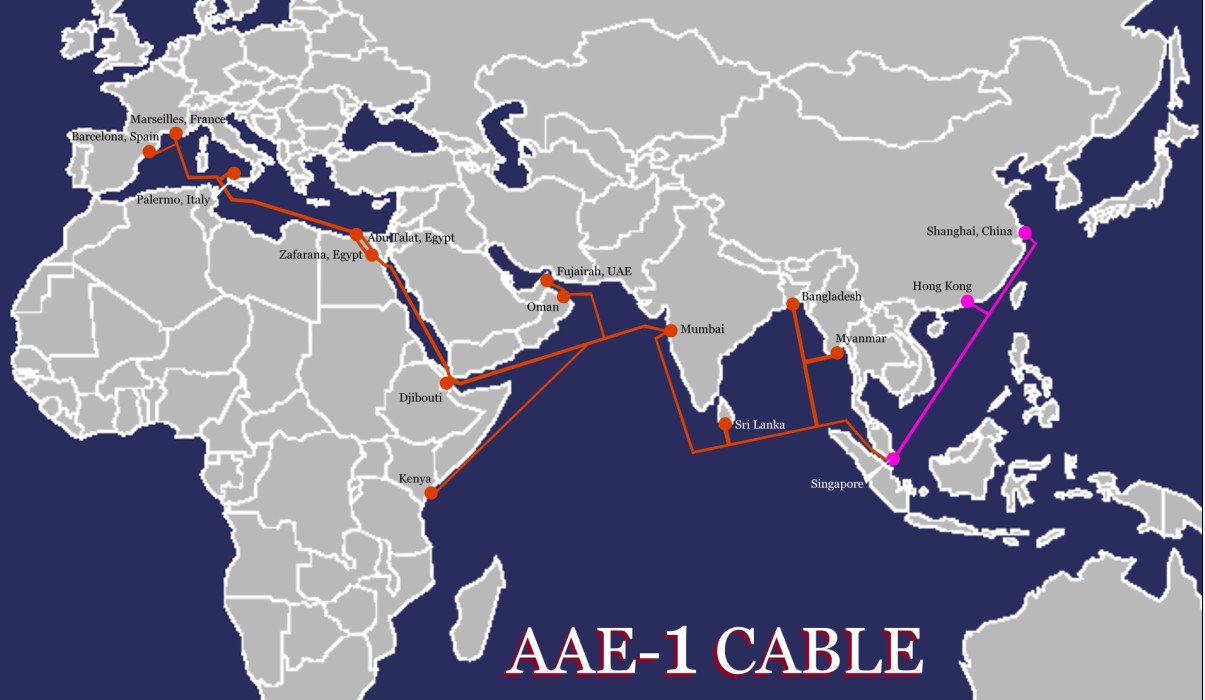 Second, the AAE-1 cable map from China Unicom, released in June 2013. In this AAE-1 cable map, the AAE-1 extension to Thailand, Cambodia, Vietnam and Hong kong was not depicted. On the other hand, China Unicom released an aggressive plan to seamlessly access AAE-1 through a new China-Myanmar terrestrial cable system. 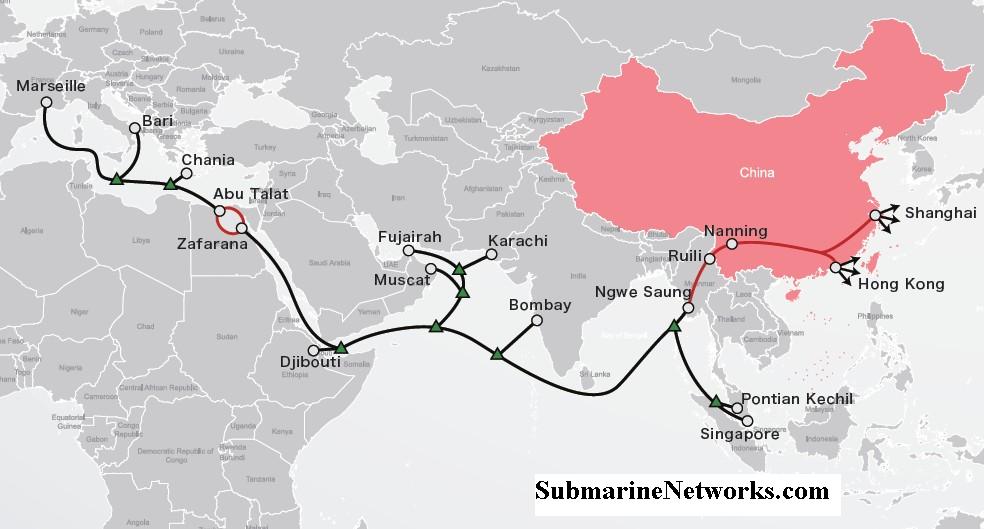 The AAE-1 Myanmar landing represents a core interest of China Unicom, the leading party and the MC chair of the AAE-1 consortium. The AAE-1 cable map above might be an informal one as well.

【Updated】The map below is final version of AAE-1 cable map.

AAE-1 is going to terminate at carrier neutral POPs at InterXion in Marseille, France, Equinix SG3 and Global Switch in Singapore, Telecom House in Hong Kong, with diverse terrestrial cable routes across Egypt, Malaysia and Thailand to improve latency.