SUB.CO announced the landing of the Oman Australia Cable (OAC) in Perth, Australia on July 22nd, 2021. The cable landing from the Cable Ship Reliance, marks a major milestone in providing Australia with diverse and direct connectivity to EMEA.

The Oman Australia Cable (OAC) directly connects Muscat, Oman to Perth, Australia, invested by SUB.CO, with Omantel as its landing partner in Oman and SubCom as the turn-key supplier.

According to SUB.CO’s Founder Bevan Slattery, currently, every submarine cable that connects Europe/Middle East to Asia goes through a single 100 mile stretch of water in the Malacca Strait that is also one of the most earthquake prone, most fished, most active shipping areas in the world. The Malacca Strait is the Suez Canal of the Cloud.

Additionally every cable out of the west of Australia all follow the same path and have the same single points of failure being they all travel through the Sunda Strait and land in Singapore.

OAC will make a change, creating a new route connecting Australia with EMEA region directly and bypassing the Malacca Strait, the Sunda Strait and Singapore. 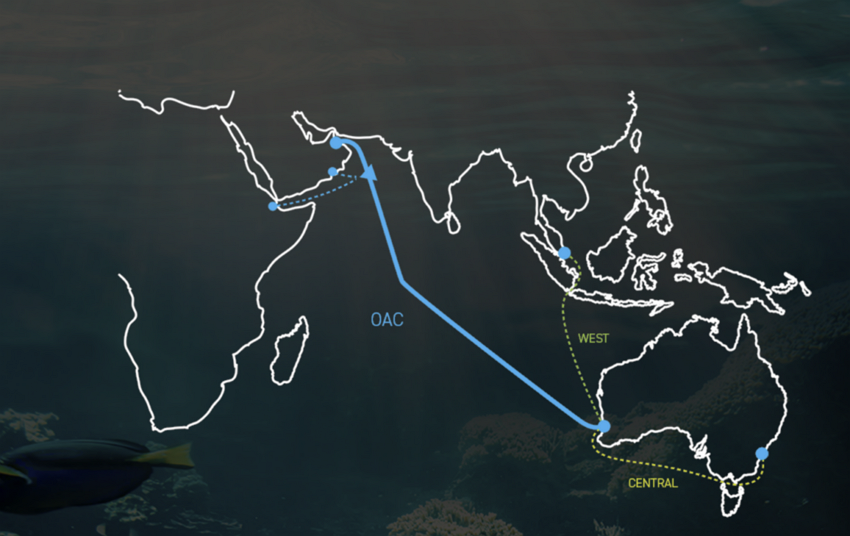