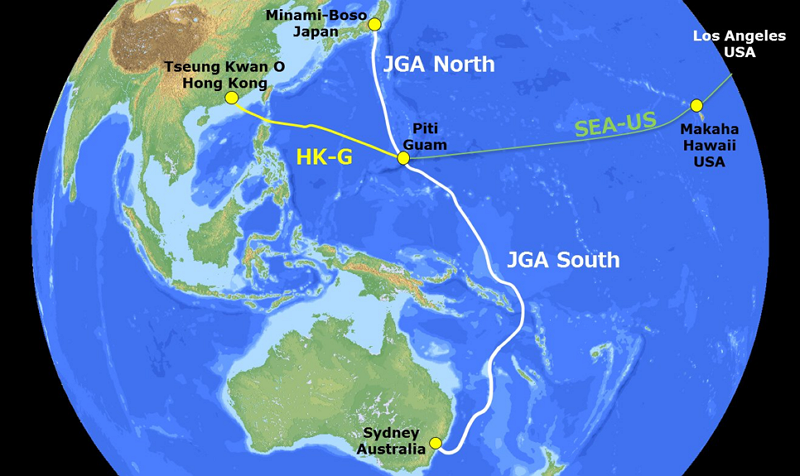 JGA South (JGA-S) is a consortium cable. JGA South consortium includes AARNet, Google and RTI. Spanning approxiamately 7000km, the JGA South lands in Sydney, Sunshine Coast of Queensland and Piti in Guam, with an initial design capacity of 36 Tbps (2*180*100Gbps) on 2 fiber pairs. JGA South is the first new cable ever to land in Sunshine Coast of Queensland, on the east coast of Australia, outside of Sydney. In Guam, the JGA South lands at the Piti-I CLS, with Google as the landing party.