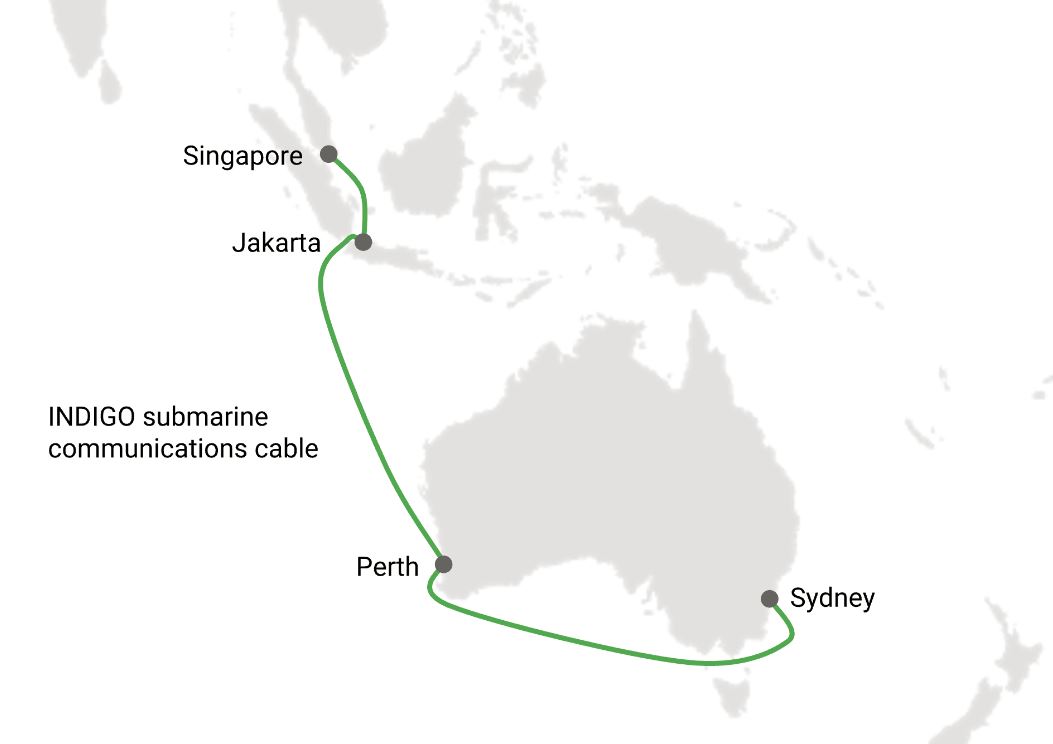 AARNet is an education sector network provider in Australia.

Superloop has acquired SubPartners and inherited its membership in the INDIGO consortium.

The Indigo cable system is designed as an 'Open Cable', utilizing spectrum sharing tachnology. The INDIGO Consortium members are free to independently select their own cable station transmission technology which ultimately determines the number of carriers used on a fiber pair and their underlying supported payload data rate.

The Indigo cable systems will land in existing facilities operated by the consortium members in Singapore, Australia, and Indonesia. Each consortium member will have spectrum ownership providing the ability to independently take advantage of future technology advancements and future upgrades as required.